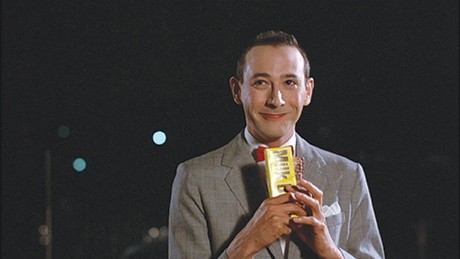 Courtesy
Not all of the 'Pee-wee's Big Adventure' cast members are still with us.

Tina the Alamo tour guide annoys Pee-wee with her ongoing Texas history lesson and gum mastication, but her sunny disposition and Southern drawl make it a memorable character for Hooks, who went on to star on Saturday Night Live the following year. Hooks died last year at 57 from cancer. "She was really great in [Pee-wee's Big Adventure]," SNL alum and ex-boyfriend Kevin Nealon told the San Antonio Current when Hooks died in October. "I don't think anyone will run into someone like her again. She was one of a kind."

Phil Hartman (Reporter) Without actor/writer Hartman, there would be no Pee-wee Herman. He co-created the character with star Paul Reubens during their time in the improv comedy troupe The Groundlings in the late '70s. Hartman has a cameo in Big Adventure as a reporter interviewing character Francis Buxton in the final scene at the drive-in. In May 1998, he was shot and killed by his wife while he slept. He was 49.

Alice Nunn (Large Marge) Along with the clown surgeon scene, Nunn's character Large Marge, a ghostly truck driver who gives Pee-wee a lift, provides the biggest scare of the movie via stop-motion animation. Nunn was 60 when she passed away in 1988 following a heart attack.

Jon Harris (Andy) As Simone's jealous and gargantuan boyfriend Andy, the seven-foot-plus Harris, who also wrestled professionally, chased Pee-wee around rodeo grounds before coming face to face with an angry bull. Harris died in 2005 at 52. 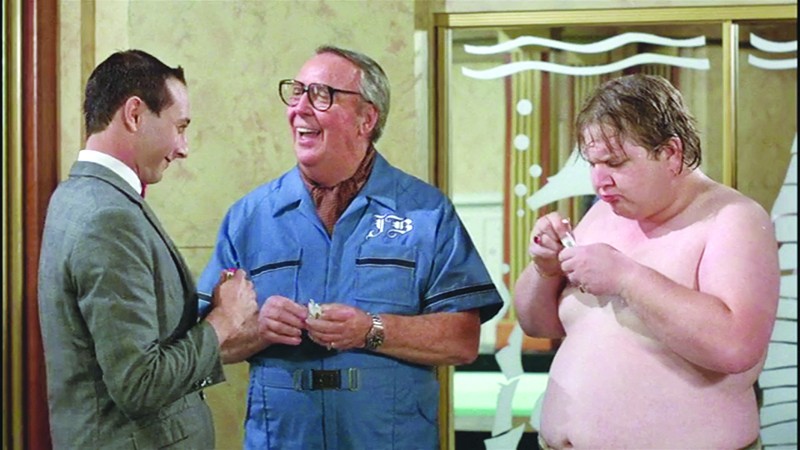 Ed Herlihy (Mr. Buxton) Mr. Buxton was none too pleased when Pee-wee broke into his mansion and accused his son Francis of stealing his bike. Pee-wee gets his revenge by giving the upset dad a stick of spicy gum. Herlihy, who was the announcer on The Jack Parr Tonight Show, died of natural causes in 1999 at 89.

Toru Tanaka (Butler) Pee-wee pulls a fast one on the Buxton family's butler when he knocks on the mansion door looking for Francis. He later makes a big splash in Francis' bathwater. Tanaka, who also played Subzero in The Running Man, passed away at 70 in 2000 from heart failure.

Carmen Flipi (Hobo Joe) His rendition of "Jimmy Crack Corn" puts Pee-wee over the edge and sends him jumping off a moving train. Luckily for Pee-wee, he ends up landing right where he wanted — in San Antonio. Flipi, who also had small parts in Burton's films Beetlejuice and Ed Wood, died in 2003 from cancer-related illnesses at 80.

Simmy Bow (Man in Diner) After Pee-wee tells the diner full of patrons, "Large Marge sent me," this unnamed man in the diner explains to him that Large Marge had died a decade ago. Bow died in 1987 at 66 from complications from a stroke. His last film was Burton's Beetlejuice, in which he played a deceased janitor.

Luis Contreras (Biker #2) This biker with an eye patch suggests his gang, Satan's Helpers, stab, tattoo, hang, then kill Pee-wee after he knocks over all their motorcycles outside the biker bar. Later, Biker #2 wishes Pee-wee good luck in finding his bike after he impresses them with his dancing. Contreras died of cancer in 2004 at 53.

Irving Hellman (Mr. Crowtray) Only a friendly neighbor would let Pee-wee water his lawn with such a crazy sprinkler. Hellman died in 2000 at 87.

Mark Everett (BMX Kid) He was one of the seven BMX bikers in Chuck's Bike-O-Rama when Pee-wee comes in to pick up his horn from Dottie. He delivers the line, "Sure is gettin' hot in here," when Dottie tells Pee-wee hello. Born Manuel Benitez, Everett was killed in 2008 at 39 after a gun battle with police in a Chinese restaurant in California.

Milton Berle (himself) The iconic actor unknowingly helps Pee-wee sneak onto the Warner Bros. lot when Pee-wee walks with Berle's entourage as they laugh at his jokes. Known as "Mr. Television" during TV's Golden Age, Berle died of cancer in 2002 at 93.