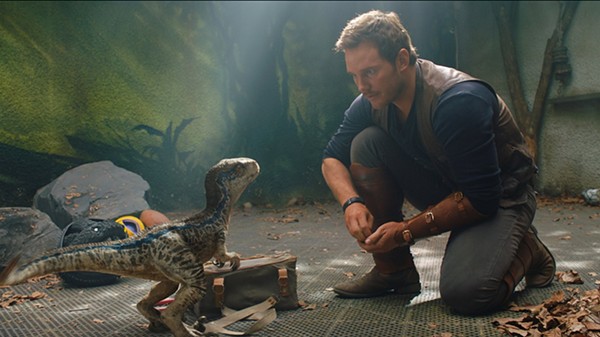 Although last summer was considered one of the least profitable at the box office in the last decade, movie studios still pulled in $3.8 billion. That’s mostly because sequels, like Spider-Man: Homecoming and Despicable Me 3, saw their built-in fanbases remain loyal to the franchises. Last summer, seven of the top 10 grossing movies were, in fact, sequels. This summer, sequels will be crowding into theaters once again. Here’s a look at the 10 that are opening in San Antonio from June to August.

The 2001 crime caper Ocean’s Eleven, a remake of the Rat Pack’s 1960 film of the same name, landed two less entertaining sequels in 2004 (Ocean’s Twelve) and 2007 (Ocean’s Thirteen). Now, the mostly all-male original cast is replaced in the newest sequel with a team of women, including Cate Blanchett, Anne Hathaway and Sandra Bullock, the latter of playing Debbie Ocean, the estranged sister of Danny Ocean (George Clooney) from the first three movies. Opens June 8.

It’s been 14 years since we spent time with the Parrs, the undercover superhero family who fights crime as Mr. Incredible, Elastigirl, Violet, Dash and Jack-Jack. The sequel picks up where the Oscar-winning original animation left off — with the introduction of a new mole-like villain, The Underminer (voiced by Pixar lucky charm John Ratzenberger). Opens June 15.

In the fifth installment of the sci-fi/adventure franchise, Chris Pratt and Bryce Dallas Howard return to the deserted theme park to save the remaining dinosaurs from an active volcano and bring them back to a sanctuary in the U.S. All hell breaks loose, however, when a hybrid dinosaur known as an Indoraptor escapes. Actor Jeff Goldblum returns to reprise his role as Dr. Ian Malcolm for the first time since 1997’s The Lost World: Jurassic Park. Opens June 22.

Sicario: Day of the Soldado

A follow-up to the Oscar-nominated 2015 film, the sequel reteams federal agent Matt Graver (Josh Brolin) with Mexican drug cartel associate Alejandro Gillick (Benicio del Toro) for a mission to stop the cartels from smuggling jihadi terrorists across the U.S. border. What are the chances Trump uses this movie as a reason to finally get his wall? Opens June 29.

So, it’s technically a prequel to the dystopian film series, which started in 2013 with the original The Purge and continued with 2014’s The Purge: Anarchy and 2016’s The Purge: Election Year. In this new installment, audiences get to see how the violent tradition, the legalization of crime once a year for 12 hours, started. Opens July 4.

Ant-Man and the Wasp

Marvel superhero Ant-Man (Paul Rudd) may not have gotten any screen time in Avengers: Infinity War, but his own sequel should make up for it. Actually, Rudd shares the movie title with actress Evangeline Lilly, who reprises her role as Hope van Dyne. This time, she’ll get to wear her Wasp suit, which was left to her by her late mother. Opens July 6.

Adam Sandler returns to voice Count Dracula in the animated sequel, which also invites Selena Gomez, Andy Samberg, Kevin James and Steve Buscemi back to play. The “Drac Pack” decide to take a vacation on a luxury cruise ship. Also on board: Van Helsing (Jim Gaffigan) and his great-granddaughter Erika (Kathryn Hahn) who are set on destroying the Count. Opens July 13.

In the sequel to the 2008 film, which is based on the musical of the same name, the entire cast is back, including Meryl Streep, Amanda Seyfried, Colin Firth and Pierce Brosnan. Pregnant with her first child, Sophie (Seyfried) is now running her mother’s villa and learning more about her past. She gets a surprise when her grandmother Ruby (Cher) comes for a visit. Opens July 20. 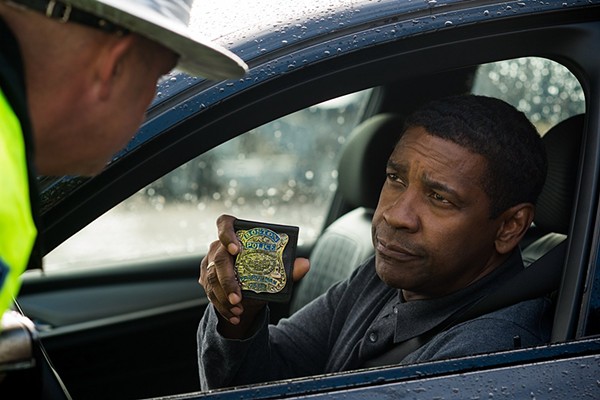 No one was really demanding an Equalizer sequel, but Denzel Washington is back, so it looks like he’s game to reprise his role as retired CIA black ops operative Robert McCall. In this round, Robert seeks revenge for the murder of his CIA agent friend Susan (Melissa Leo). Opens July 20.

At the age of 55, Tom Cruise isn’t slowing down in the least bit. He reprises his role as Ethan Hunt for the sixth time since the original action film debuted in 1996. Hunt is on a new assignment, of course, but details on the film are limited. All we know so far is that the team is having to “deal with the aftermath of a mission gone wrong.” Opens July 27.