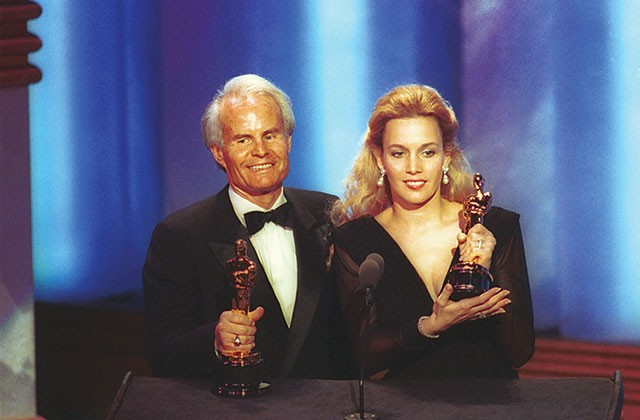 “If you want to be a producer and you want to do it right, I would study Richard D. Zanuck,” says Johnny Depp in Laurent Bouzereau’s Don’t Say No Until I Finish Talking: The Story of Richard D. Zanuck. The documentary, which had its world premiere April 28 at the annual Turner Classic Movie (TCM) Classic Film Festival in Hollywood, will have its TV premiere May 8 on TCM. It is a must for movie buffs and aspiring producers who may think Irving Thalberg is the only blueprint of what a producer should be.

Unless your name was Robert Altman (“I couldn’t break through to him,” said Zanuck in the doc, in one of his last interviews), Zanuck was a director’s dream: he understood movies, and he’d let you do your thing. He died of a heart attack in 2012 at age 77, the same age his father, Darryl Zanuck, was when he died in 1979.

But Richard was far from a child of privilege when he inherited 20th Century Fox studios at age 28 — by the time his father named him boss, he knew and understood every single aspect of the movie business. At a time when Fox was a mess, he stopped mass production to concentrate on only a handful of movies, a move that saved the studio when The Sound of Music (1959) achieved resounding success. But after the financial disaster of Doctor Dolittle in 1967, he was fired by his own father. He then joined rival Warner Brothers as executive vice president and, a year later, formed his own company. He cemented his legacy with a string of critical and commercial successes (The French Connection, The Exorcist, Jaws, Cocoon), crowned by the unexpected Oscar he won as producer of Driving Miss Daisy, a movie no one wanted to make.

The documentary doesn’t hide Zanuck’s weaknesses (his love of alcohol and fist fights, habits he finally broke in the mid-’90s), and stories from Zanuck’s childhood are fascinating: Orson Welles would do magic tricks at his birthdays, he would have snowball fights with Ernest Hemingway, and he once got in trouble for tying up Elizabeth Taylor in the basement. But Zanuck’s greatest contribution was his ability to blend commercial and artistic success without breathing down a director’s neck.

“He made the Zanuck name a timeless name,” said Steven Spielberg, once a young director Zanuck stood up for when the studio wanted someone more experienced to helm Jaws. “And I think his father is awfully proud of him now.”

Don't Say No Until I Finish Talking: The Story of Richard D. Zanuck