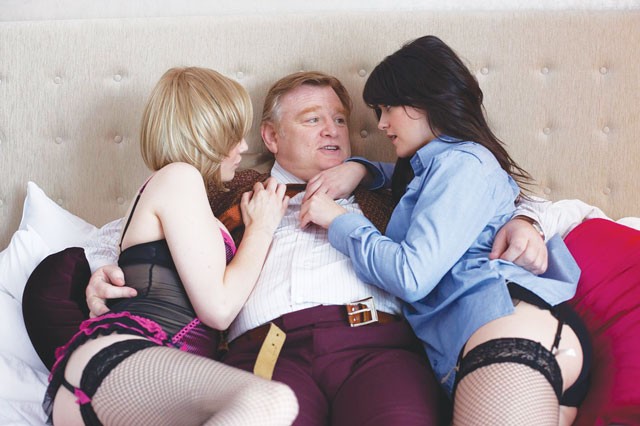 On the surface, The Guard is an Irish comedy/crime thriller in which the rough, enigmatic Sgt. Gerry Boyle (Brendan Gleeson, Alastor “Mad-Eye” Moody from Harry Potter and the Deathly Hallows: Part 1) is trying to bust a drug-trafficking ring. He’s paired with Wendell Everett, an American FBI agent played by Don Cheadle. Gleeson ranges naturally from visceral dramas to offbeat comedies, and the same can be said of Cheadle, who plays this one straight. But Sgt. Boyle’s character is more than just a wacko cop; he’s an ignorant bigot, a prostitute lover, a good son, and a brave cop, that is: a full and complex character.

The movie’s plot feels like just an excuse to let Gleeson and Cheadle lose.

When Boyle answers the door in the middle of the night for a woman searching for her missing husband, it is only after a few seconds they both realize Boyle is in his underwear. “I will slip into something a little less comfortable,” Boyle says.

Off-color jokes and commentaries on the stereotypical idiosyncrasies of Americans, Dubliners, Blacks, Mexicans, and the English are everywhere, while the crime thriller side of the movie has the tension and violence of Fargo at its darkest. But the movie’s best moments come when Gleeson and Cheadle are together.

“I can’t tell if you’re really fucking dumb, or really fucking smart,” says Everett at one point, in an assessment of Gleeson’s character. Despite his softer side, Sgt. Boyle is, ultimately, an asshole. But Gleeson is such a smart actor you can’t stop rooting for him.