Joseph King After fronting Austin-based, alt-rock groups Canvas and Deadbeat Darling, Brooklynite Joseph King is going solo. On King’s latest release, Wanderlusting, he enlisted the help of his fans through a Kickstarter fundraiser, raising $15,000 in the short time frame of two weeks. Judging by the finished product, every penny was well-spent. “Don’t be so Alarmist,” the first single from the album, is a feel-good track with surf-and-sandal attitude. Like much of the album, it’s packaged in a pop wrapper, but still contains the rock ‘n’ roll edge of his former work. $5, 9:30pm 502 Bar, 502 Embassy Oaks, (210) 257-8125 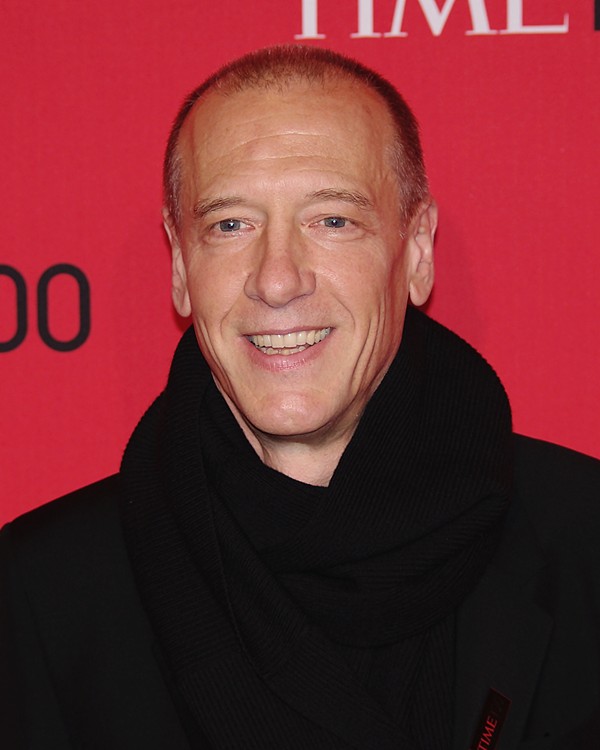 The boundaries of visual art and music are brilliantly blurred in the work of Christian Marclay, a New York-based artist who took home the Golden Lion award at the 2011 Venice Bienniale for his 24-hour video mashup The Clock. Challenging conventions since the 1970s, Marclay has spun record collecting — and playing — into a form of high art by constructing hybrid LPs from disparate vinyl slices, sewing mismatched album covers into jarring (and frequently funny) arrangements and using turntables in a live format paralleled with the origins of hip-hop. Partly in response to the 1998 death of James Byrd Jr. at the hands of white supremacists, Marclay created Guitar Drag — a 14-minute video depicting a pickup truck dragging an amplified, electric guitar “across a Texas roadway to its aggressive destruction” — while in residence at Artpace in 1999. Due to its sensitive subject matter, Marclay chose not to include the video in his Artpace exhibition, which instead involved him acting as DJ in the Hudson (Show)Room and installing conceptual musical instruments in the windows of nearby Alamo Music Center. Now 17 years after the Byrd Jr.’s murder (which helped spark the federal Matthew Shepard and James Byrd Jr. Hate Crimes Prevention Act), Marclay returns to San Antonio for the Texas premiere of “the completed version” of Guitar Drag. 6-9pm, Artpace, 445 N. Main, (210) 212-4900

SA quartet Femina-X
Femina-X, The Bolos
Friday, May 29
Forward-thinking San Antonio pop quartet Femina-X has been in and out of the studio all spring, laying down an anticipated debut effort. Named after the braided leather tie, The Bolos rocks the Southwestern essential with the posture of John Travolta in Pulp Fiction — slurring, fast-moving Elvis men in a world of vice and guitar distortion. 9pm, Paper Tiger, 2410 N. St. Mary's

Since learning fiddle in his early childhood, Lincoln Durham has sought to learn all instruments of Americana and play them all at once. His one man band is a stomping parade of rock ‘n’ roll attitude and American tradition. $10-$45, 8pm, Sam’s Burger Joint, 330 E. Grayson, (210) 223-2830 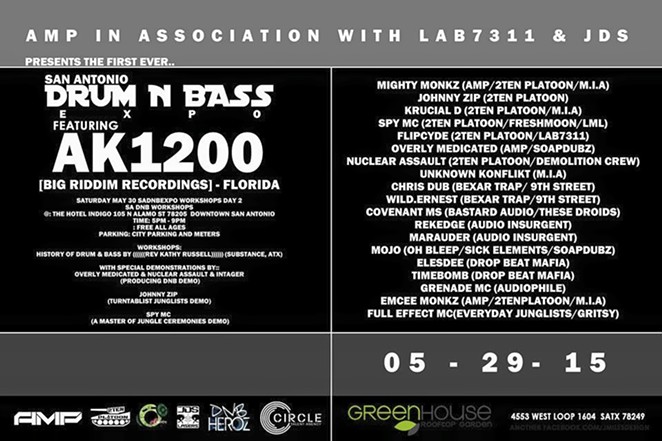 If you doubt that Drum N Bass music is still alive and well in South Texas, the San Antonio Drum N Bass Expo is here to school you. On Friday night, it'll be a veritable jungle jamboree at Greenhouse Rooftop, with performances by more than 20 artists, including a slew of local acts and AK1200, who founded the active Big Riddim Recordings and is a 20-year veteran of the genre. On Saturday evening (5 p.m.), at The Hotel Indigo, students of the genre can attend free DnB workshops designed to pique interest and hone skills. $5-$20, 6pm-3am Fri, Greenhouse Rooftop, 4553 N. Loop 1604 W.; free, 5-9pm Sat, Hotel Indigo, 105 N. Alamo

Austin's Crooks, moonlighting as a Beerfest team
Crooks
Saturday, May 30

ATX’s Crooks is an indie country band that positively oozes the raucous and rebellious spirit of Texas. The six-piece tribe makes rollicking, whiskey-soaked country music that's as rowdy as a Saturday night honky tonk and as honest as a man on death row. In the dusty and hallowed halls of Floore's Country Store, the fast-rising act will channel the ghosts of wild pickers past and stomp out all doubts of its worthiness. With its third recorded release, Wildfire, due out by summer's end, Crooks is positioned to take the mechanical bull of the old Nashville establishment by storm. With Sam Riggs. $10-$12, 9pm, Floore’s Country Store, 14492 Old Bandera Rd., Helotes, (210) 695-8827

Residual Kid is formed by actual kids and that’s cool as hell, considering that they are infinitely more punk rock than most adults. Comprised of Austin youth, aged 14-16, Residual Kid’s credentials include a set at SXSW, an article in Noisy and a fat ton of other kudos. Their popularity isn’t because of the novelty; their music video for “Friend” says it all. The Kids effortlessly mix the bubblegum melody of Hanson with skater boy edginess. Kurt Cobain, one of their main influences, would be proud of the three mop topped youngers. With Sioux & Fox, Lonely Horse. $5, 8pm, Paper Tiger, 2410 N. St. Mary's

“Do you like Huey Lewis and The News? Their early work was a little too new wave for my tastes, but when Sports came out in ‘83, I think they really came into their own, commercially and artistically. The whole album has a clear, crisp sound, and a new sheen of consummate professionalism that really gives the songs a big boost. He’s been compared to Elvis Costello, but I think Huey has a far more bitter, cynical sense of humor. In ‘87, Huey released Fore, their most accomplished album. I think their undisputed masterpiece is “Hip to be Square,” a song so catchy, most people probably don’t listen to the lyrics. But they should, because it’s not just about the pleasures of conformity, and the importance of trends, it’s also a personal statement about the band itself,” Patrick Bateman, American Psycho. With Scott Miller. $42-$50, 6pm, Floore’s Country Store, 14492 Old Bandera, Helotes,
(210) 695-8827