On Garrett Capps’ “San Antone,” the cagey songwriter pins down Alamo City musical culture with verve and an insider’s knowledge. “I found myself down a deep, dark road / empty pockets and a wayward soul / then I heard somethin’ on the radio / sounded like San Antone. / It had deep blues roots, and a Vox organ / a groovy shaker, and a Fender tone / it said ‘she’s about a mover’ and I was gone / gone home to San Antone.” With Kill Liberal, Fish Brain. $5, 9pm, Paper Tiger, 2410 N. St. Mary's 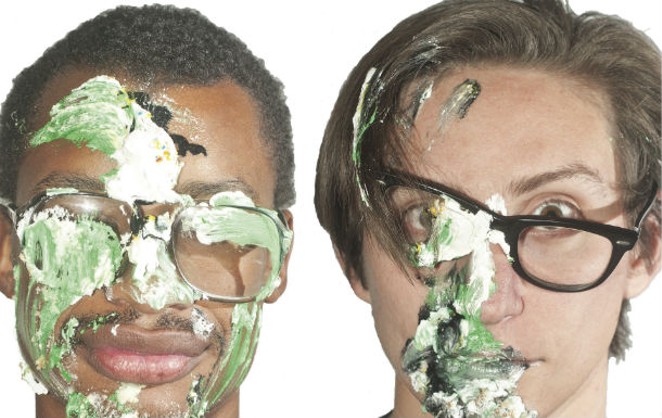 No, they’re not named after the Hooters knockoff that Waco bikers like to rumble at. Nor are they named after David Lynch’s ABC cult masterwork. Well, they’re kinda named after the Lynch program. Chicago teenagers Twin Peaks hadn’t seen the great search for Laura Palmer when they began in 2009. They were just vibing on the name.

Luckily, the barely legal band has a better grasp on their music than they do their moniker. With 2014’s Wild Onion, Twin Peaks dropped a near-perfect guitar record for summer, the rock ‘n’ roll equivalent of the sunny brews that these four slug with abandon. With three, alternating singers giving a rotation of energy, the quartet chugs through a 16-pack of faded evenings and broken hearts. With hearts-mended, or at least self-medicated, they go off on classic rock tears without overdosing on nostalgic tropes. With Modern Vices, Rich Hands, The Bolos. $8, 9:30pm, 502 Bar, 502 Embassy Oaks, (210) 257-8125

Texan Delbert McClinton got his start in Fort Worth, playing in a bar band that had the good fortune to back Howlin’ Wolf, Lightnin’ Hopkins and Jimmy Reed. In 1965, McClinton began his recording career, a journey that would take him to the top of the charts (“Two More Bottles of Wine”) and the soundtrack of Groundhog Day (“Weatherman”). Sold out, 7pm, Gruene Hall, 1281 Gruene Rd, (830) 606-1281 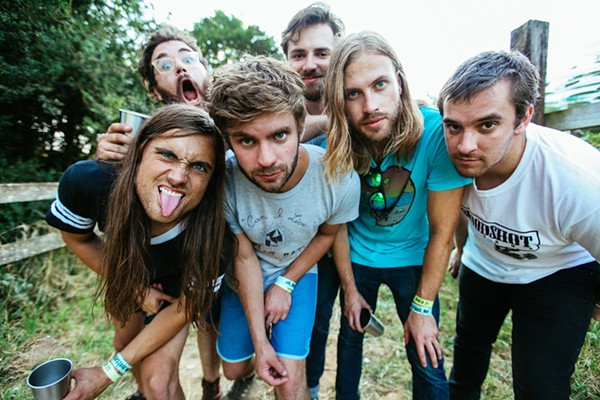 Nashville’s winningly-named Diarrhea Planet owes every bit as much to nuance as to sheer adrenaline. Their mildly fuzzy, warm and punky garage rock showcases a range of vocal delivery styles and moods. Diarrhea Planet is more than just a full-speed-ahead, lo-fi punk band. These dudes write good songs and seem to know themselves better on each release. On “Five Year Plan,” Philadelphia’s Left & Right channel the hair-rising energy of pop-punk into 95 seconds of pure, young adult opportunity. “Come with me boys, I’m leaving anyway,” sings Daniel Merchant, late-night-contemplating a move to Austin. On The Bolos versus The Oblio’s, the latter band crunches through four tunes of full-bodied rock ‘n’ roll, with heavy reliance on the fuzz box, a vital pedal that squares out the guitar signal into near oblivion. Free with RSVP, 8pm, Paper Tiger, 2410 N St Mary's St

Hell yeah!  Goatwhore merges the traditions of black and death metal in an ungodly gumbo from New Orleans. Since 2000’s The Eclipse of Ages into Black, Goatwhore has been on a relentless pursuit of a dark, verbose sound, as confirmed by 2014 works like “Poisonous Existence in Reawakening” and “Baring Teeth for Revolt.” With Ringworm, Theories, HOD. $12, 7pm, Paper Tiger, 2410 N. St. Mary's

What gets more pop-punk than touring with Denton’s Bowling for Soup and having songs featured on TV shows such as Paris Hilton’s The Simple Life? Not much, and that’s why husband and wife team the Dollyrots are primo pop stars with a punk feel (they once opened for Black Flag.) Also signed to Joan Jett’s label Blackheart Records, Fea, comprised of Girl in a Coma’s Phanie Diaz and Jenn Alva, address zine culture and riot-grrrl jams with a Tex-Mex flair. $5-$7, 8pm, The Korova,107 E Martin St., (210) 226-5070