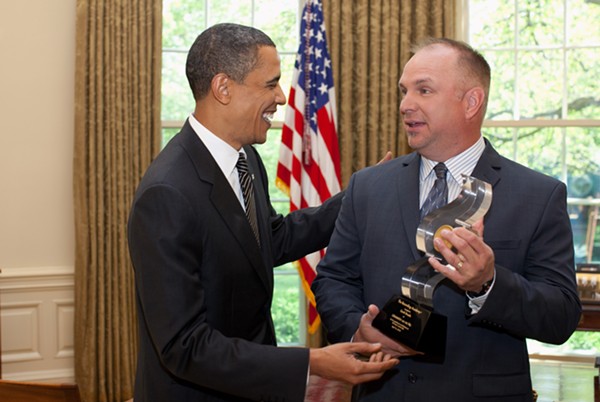 OK, obviously The Beatles have sold the most records in the United States, at a staggering 178 million units. But who's in the second spot behind the Fab Four? Michael Jackson? Whitney Houston? Elvis? To my surprise, the answer is Garth Brooks, with a cool 137 million records shipped to country-heads throughout the country — with those numbers, it's clear he has fans far outside the Sunbelt. And, as the picture above suggests, the country legend may be the only man to have entered the Oval Office with a flavor savor. With Trisha Yearwood. $68, 7pm, AT&T Center, 1 AT&T Center, (210) 444-5000