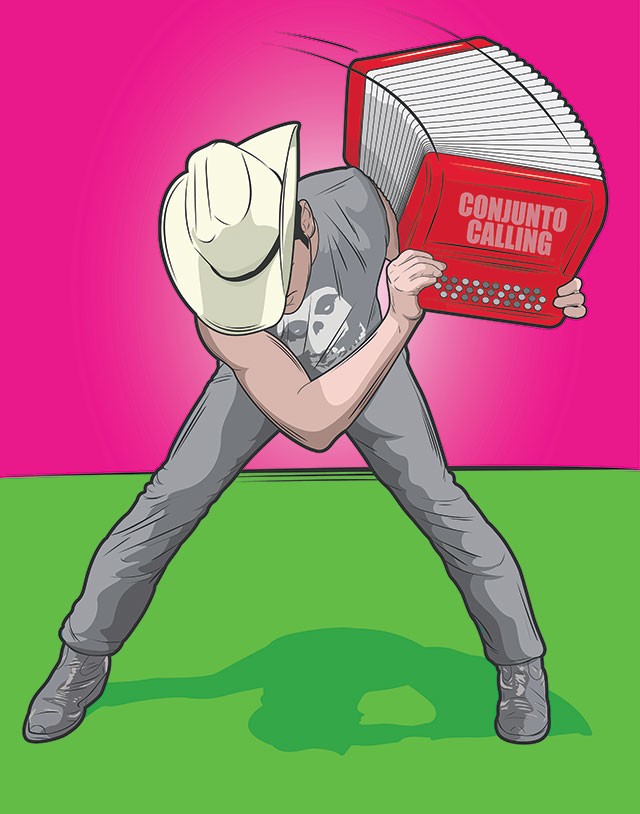 If San Antonio is the mecca of conjunto, then the Tejano Conjunto Festival serves as the genre’s hajj — a chance to pay homage to accomplished bands and musicians, bask in the energy of fresh talent, and, mostly, shuffle to the squeezeboxes.

The TCF is oomping through its third decade of existence, and this year’s theme aims to recognize the generational transcendence of the genre with the motto Conjunto: Música, Familia, y Tradición.

“Back in the day, there were no formal institutions to teach conjunto and musical families played a very important role in passing down the conjunto folk tradition, and we are set to pay tribute to some of the First Families,” says festival director Juan Tejeda. “There’s going to be some very special reunions this year.” Examples include a revival of the Serrata brothers, and a set by the Johnson brothers of Chalito Johnson y Los Paisanos, who will not only reunite for a night, but will be joined by a next-generation musical family member, Ariel Johnson.

“I’m taking old traditional accordion standards and reworking them into different time signatures, so it’s going to be something different, something weird,” says Castillo, who formed Juanito Castillo and the Psycho Trip Band specifically for this gig. “It’s a 45-minute set and I’ll be joined by some surprise friends. For those 45 minutes you’re going to transport to outer space.”

On Friday, the TCF moves to Rosedale Park and spotlights heavyweight Gulf Coast conjuntos from Corpus Christi, Alice, and Robstown. Saturday’s theme is “Made in Texas,” drawing conjuntos from across the state.

Sunday brings an all-San Antonio setlist, Raíces y Ramas (Roots and Branches), a reference to the festival’s mix of musical families and what Tejeda calls the “young guns.” For the format, either traditional bands will alternate with younger players, or intergenerational sets will convene the elders with the upstarts on the same platform.

Sunday’s grand finale features, who else, legendary San Antonio-born, multiple-Grammy winner, and 2014 Texas State Musician Flaco Jiménez with his conjunto. He will be joined by heir apparent Dwayne Verheyden (who turns 22 in September) in a hotly anticipated set. This Dutch accordion dynamo, the young quixotic face of conjunto in Europe, attended the 2011 and 2012 festivals and jammed with other celebrated musicians, including Max Baca and both Flaco and his brother Santiago Jr.

Ticket sales at the world’s largest conjunto festival provide a good barometer for the level of international interest in South Texas’ homegrown musical tradition. “In the peak years we had 30,000 [attendees over the course of the festival, but] it’s gone way down to 10,000-15,000,” says Tejeda. “We’re building it back up, these things happen in cycles, but what doesn’t change is that our music is here and it ain’t going away.” The U.S. Postal Service will honor one of the first and greatest stars of Tejano music, Lydia Mendoza, with a postage stamp to be officially dedicated before the Wednesday senior dance. Born in Houston in 1916, the Conjunto Hall of Famer rose to prominence at the age of 18. After winning a singing contest on the radio, she recorded several solo cuts for Bluebird Records in 1934, including “Mal Hombre,” which went on to become her biggest hit. She died in San Antonio in 2007.