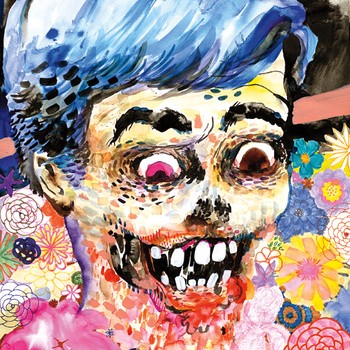 With all the delightful music being made in San Antonio, these five particular acts really stand out as people to pay special attention to over the next year. Maybe it's because they did something great in 2013, maybe it's because they've got a badass album due out in 2014, but regardless of the reasoning, the advice is the same—listen up!

By far the seasoned veterans of this list, TGLH have been crashing through skulls and ignoring genre borderlines for years. After an excellent 2013, the guys are releasing a full length this spring on Minneapolis’ Learning Curve Records. Before that happens, still plenty of currently released material to dig on Bandcamp. Recommended for lovers of wordless, monolithic sonic journeys and power as feeling.

Another band that had a great 2013, Lonely Horse has fast proven their chops around the SA music scene and now the duo has just finished recording their debut LP at Sonic Ranch in Marfa. You can’t ignore their wildly frenetic shows or deny their rock songs that seethe and soothe in equal measure.

Spiritual, energetic and stone-faced serious, the one-woman musical powerhouse named Melissa Ruizesparza definitely turned some heads last year. On December 20she released FLI HY, an experimental electronic album full of humanity and a longing for the organic. Oh yeah, also, it is entirely listenable and actually kinda bumps. Look for a new release from Saakred on Valentine's Day this year and enjoy watching the continued growth of this unique artist.

One of the true newcomers on this list, Islands & Tigers thrive on an effervescent sound that belies the excruciatingly emotional nature of some of the group’s lyrics. With two stellar EPs out last year, and on tour as we speak, this indie garage-pop quartet will be one to see and hear in 2014.

The project of musical mastermind Edwin Stephens, formerly of Blowing Trees, maintained an under-the-radar profile last year, releasing only four total songs and playing a handful of live gigs. Stevens told the Current, however, that he may release band’s debut LP in the spring. If you are a fan of gritty, soulful, bluesy rock with pop smarts and gospel reverence, you'll want to pay attention.