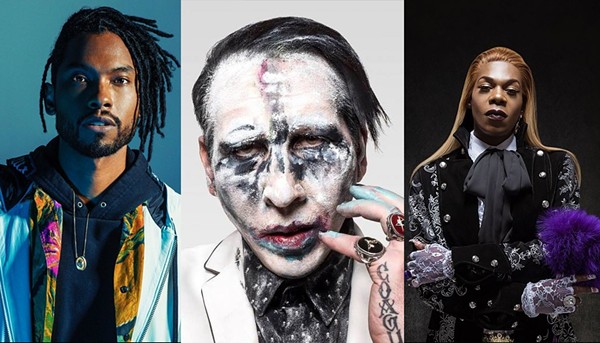 OK, but where has this year gone? Wasn't it just Fiesta? Time sure does fly when you're having fun. If you've been following our reviews of shows (or actually attending these events) happening in the Alamo City, you know that we definitely know how to party and rock out to some amazing live acts. But even for us, 2018 is already looking INSANE y'all. Tickets for most of these shows are already on sale, and you're definitely not gonna want to miss these concerts.

Sound the alarm, San Antonio. A metal band from the past is coming to town and it’s none other than “Breaking The Law” boys Judas Priest. This spring the Firepower 2018 Tour will make its final stop at the Freeman Coliseum in support of an album Firepower, which is due early next year. The tour will feature the line-up of singer Rob Halford, guitarists Glenn Tipton and Richie Faulkner, bassist Ian Hill, and drummer Scott Travis. Even though this tour is like 5 months out, it might be a good idea to get your tickets early since we seem to, as a city, turn up for old school metal. Also, Halford might actually be the original gay leather daddy. $47.50-$127.50, Freeman Coliseum, 3201 E. Houston Street, (210) 226-1177, freemancoliseum.com.

For those of you who don’t know: Juan Esteban Aristizábal Vásquez, better known as Juanes, was a member of Ekhymosis (a pretty dope Latin rock band) before going solo in the late ’90s. In 2000, the Colombian singer released his debut album Fíjate Bien and secured three Latin Grammy Awards – Best New Artist, Best Rock Solo Vocal Album, and Best Rock Song (a sign that going solo was probably the right decision). Since then, Vásquez has taken home 20 Latin Grammys, and continues to be a force to be reckoned with, not just in Latin music spheres, but the pop music world as a whole. This coming spring, the singer/songwriter will be play the Freeman Coliseum with Chilean artist Mon Laferte (who actually just played The Rock Box earlier this year). $37-$348, 7:30pm, Freeman Coliseum, 3201 E. Houston St. (210) 226-1177, freemancoliseum.com. 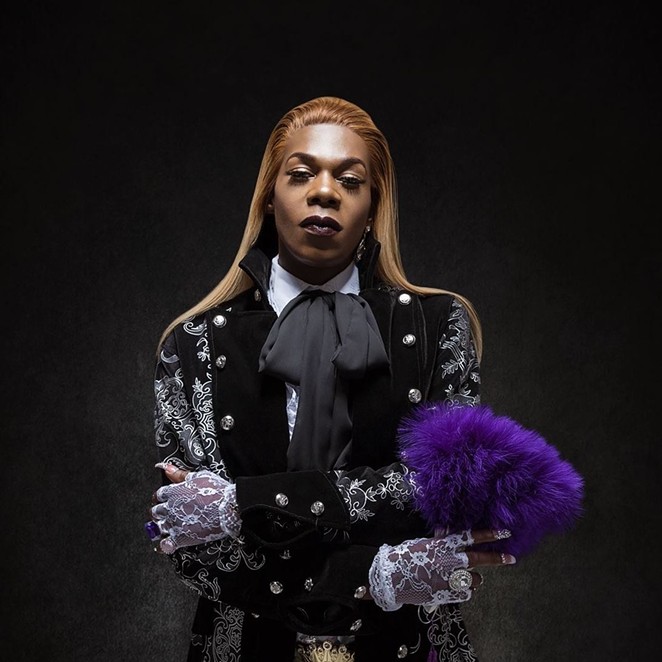 If you missed Big Freedia Queen Diva’s performance at Paper Tiger back in July of 2016 where she pretty much took us to church, you’re in luck. The queen is back and ready to teach you how to bounce. Long before her show on Fuse TV or her feature on Beyonce’s mega-hit “Formation,” Big Freedia was tearing up the New Orleans clubs scene for almost two decades, getting her start as a backup singer for fellow gender-bending bounce artist Katey Red. Since then, Big Freedia has turned heads with her high-energy live shows that continue to get massive crowds twerking in unison and celebrating a music and culture that was born in New Orleans. Get ready to sweat. $25, 8pm, Paper Tiger, 2410 N. St. Mary’s St., papertigersatx.com.

Slated to bring his southern playalistic cadillac funky grooves to San Antonio is none other than Lucious Leftfoot himself, Big Boi – one half of arguably the most influential duo in hip-hop, Outkast. Also on the bill is heaving-hitting alternative hip-hop duo The Cool Kids, who took the world by storm with their breakout hit "Black Mags." If this isn't one of the most exciting hip-hop shows to happen in the Alamo City, we're not sure what is. $25-$65, 8pm, Paper Tiger, 2410 N. St. Mary's St., papertigersatx.com.

In 2010, the world was shook with the explosive arrival of noise-pop duo Sleigh Bells. And good news to San Antonio fans, they’ll be coming back to the Alamo City next year. Matching female vocals that ranged from punk rock yells to lullaby croons with blaring guitars and distorted drum beats, the Brooklynites seemed to have an omnipresence about them, showing up and slaying almost every major music festival in recent years. Guitarist Derek Edward Miller (who played guitar in the hardcore outfit Poison The Well) recruited vocalist Alexis Krauss and the duo has released four albums since 2010, with a new 7-song, mini-album Kid Kruschev which came out in November. $25-$27, Paper Tiger, 2410 N. St. Mary’s St., papertigersatx.com.

The godfather of new age music – Yanni – recently announced he'll be celebrating the 25th Anniversary of Live at the Acropolis with a world tour. Even more exciting, the tour, launching in the spring, will make a stop at the Majestic Theatre on June 20, 2018. “I find it so exciting to be able to celebrate what I consider to be one of the best performances of my life!,” Yanni said in a press release. “I can’t wait to see everyone and present to all of you this whole new experience, where the past and the present become one! Expect many surprises…My imagination is the only limit!” Though Yanni’s blend of soft rock, world music, classical and jazz wasn’t exactly commercial pop material, the Greek composer and pianist has managed to build a crazy cult-like following because his music is pretty badass and strangely hypnotic. $45-$275, 8pm, 224 E. Houston St., (210) 226-5700, majesticempire.com.

"There's a place / In San Antone / Where I can go / And not feel alone!" If you listen to punk rock, and have been living here long enough to know how special the original Tacoland really was, you know how important and awesome and exciting this is. If you’re new to all of this though, The Dead Milkmen is a band from the '80s who have made important contributions to the punk rock and indie rock world. They even wrote a song about the amazing San Antonio local punk rock venue, Tacoland (not the new one – I still haven’t gone to it because I still have feelings about that shit). Anyway, they’re coming back to San Antonio and everyone should go because, punk rock, and San Antonio, and the late Ram Ayala who was murdered outside of Tacoland, a space he owned and operated and helped shape the awesome music culture we still have today in San Antonio. $20-$22, 8pm, Paper Tiger, 2410 N. St. Mary’s St., papertigersatx.com.

In 2017, Marilyn Manson doesn’t really need any introduction. Since the early ‘90s, the rock ‘n’ roller has been shocking America with his flagrant stage antics and catalog of music that has spanned a variety of genres including spooky circus-sounding rock (Portrait of an American Family), industrial (Antichrist Superstar), glam-rock (Mechanical Animals), bluesy-roots rock (Pale Emperor), and sometimes a combination of it all. On Tuesday, January 23 the “Dope Show” singer will return to San Antonio in support of his latest album Heaven Upside Down, which, in contrast to 2015’s The Pale Emperor, leans a little more towards electronic drum sounds and production. Arguably one of the most controversial artists of all time, Manson’s modus operandi has always been to reflect the dark underbelly of America, and with the state of our nation, it’s safe to say that the Antichrist Superstar’s work is far from over. $59-$175, 8pm, Aztec Theatre, 104 N. St. Mary's St, (210) 812-4355, theaztectheatre.com.

Like... Omggggggg. Miguel tho. M I G U E L T H O. The singer, songwriter, trap-esque R&B artist and future husband of mine (fight me) is coming to the Aztec and I'm probably going to get escorted out for climbing on stage to hug him (JK, but I don't know, I'm crazy). I’m blasting “Sky Walker” and already dreaming of that precious day. If you’ve been sleeping on this artist, it’s time to to throw this dude into your regular music listening rotation. $40, 8pm, Aztec Theatre, 104 N. St. Mary’s St., theaztectheatre.com.