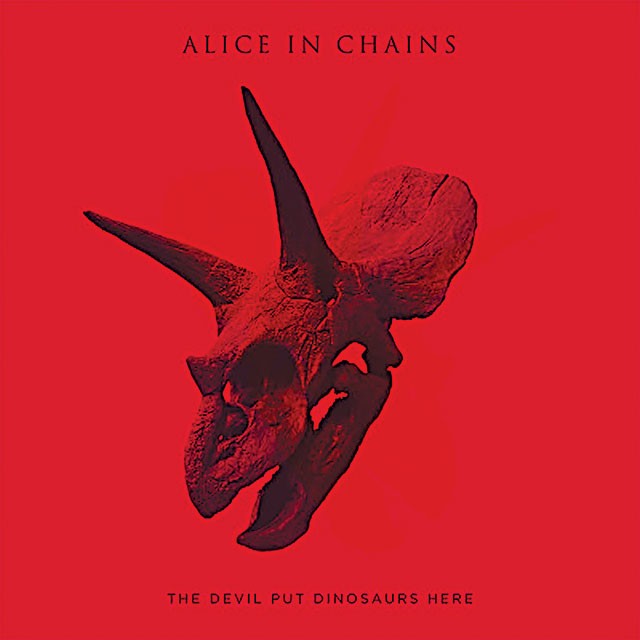 The aging Northwestern transplant in me wants the recent grunge revival movement to succeed; the virulent anti-nostalgic critic in me wants to see it fall on its face. Luckily, or not, both of them get what they want on AiC’s second post-comeback album, The Devil Put Dinosaurs Here. If you’re the sort who thinks the band should have called it a day after the death of Layne Staley, you’re probably not listening anyway, but the time has come to admit that William DuVall is a legitimate member of the band by this point. The record certainly sounds like Alice in Chains. A few tracks, including the monstrously riffing single “Stone,” can stand alongside the band’s best material. The problem is, while they sound just the way they used to, they haven’t progressed much. It’s a fun listen for about half an hour, but then starts to outstay its welcome. Tedious tracks like “Low Ceiling” and “Breath on a Window” may make you shut off the record before you get to the smash of an album closer, “Choke.” As an EP, Devil is vintage Alice; as a full album, it’s a bit of a slog.