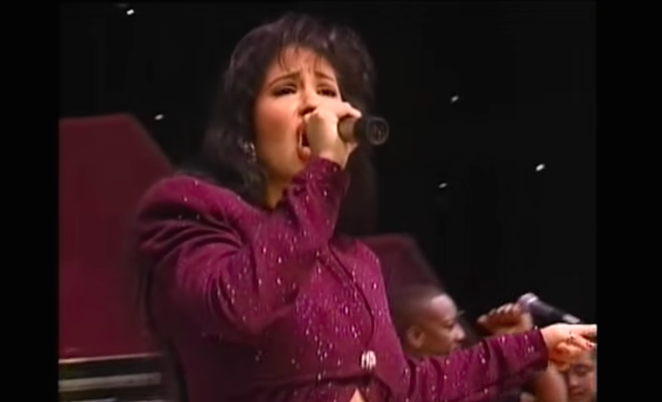 YouTube / Selena Quintanilla
If you're part of the camp that never got to see Selena perform in the flesh — or if you did and just want to relive the memory — you may be happy to know that the Queen of Tejano's last-ever performance is now available online.

For the first time ever, fans will be able to stream Selena's February 26, 1995 concert on Amazon — kind of.

Selena — The Last Concert: Live From the Astrodome, a sold-out performance that was recreated in the 1997 Selena biopic starring Jennifer Lopez, is available on Amazon through the Stingray Qello channel. If you have a subscription through Qello, great. If not, you can take advantage of a seven-day subscription (and cancel after you get your fill of Selena). Your other option is to watch a low-quality version of the concert on YouTube with lots of ads.

Earlier this week, Selena's guitarist and hubby Chris Perez stopped by KSAT's SA Live and spoke briefly about the concert now being streamable.

"I’m really excited that’s happening," he said. "I think her legacy in the music that’s still going strong is nothing short of a miracle." 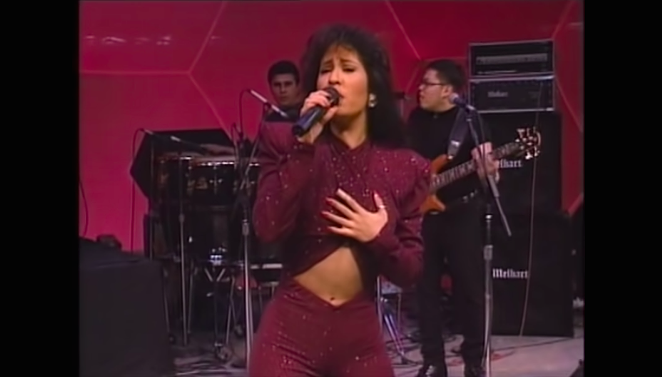 As fans know, Selena's show at the Astrodome in Houston is iconic for several reasons: It's a live show in its entirety, it's her last performance before she was killed, and of course, it's where fans got to see her sparkly purple jumpsuit.

You can stream the concert here or through the Amazon app.