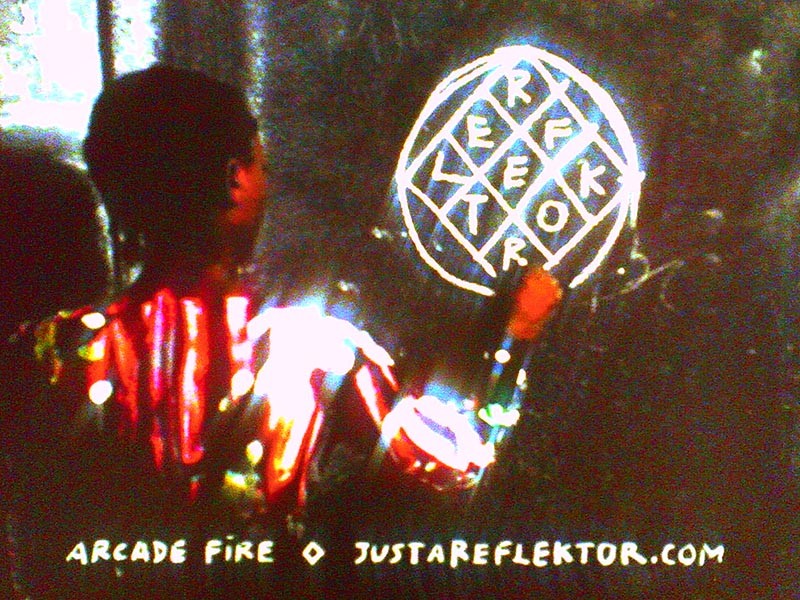 The much-anticipated video for Arcade Fire’s “Reflektor,” directed by Anton Corbijn (best known for his work with U2 and Nirvana), is here! It has also been confirmed there is a special guest providing backing vocals, via David Bowie's facebook, "We can confirm that David Bowie has supplied a brief backing vocal on the James Murphy (LCD Soundsystem) produced track."

The band had been hinting at the single’s release for months through cryptic street art bearing the word REFLEKTOR, which you can follow on their instagram account.

In conjunction with the traditional video, you can head on over to justareflektor.com to view the interactive video, directed by long-time collaborator Vincent Morisset. It is described on the video’s website as “an interactive short film that explores the themes in Arcade Fire’s 'Reflektor' through two devices simultaneously: the computer and smartphone/tablet. Filmed in Haiti, the story follows a young woman who travels between her world and our own.”

Reflektor, the follow up to 2010’s Grammy-winning The Suburbs, was co-produced by the band and LCD Soundsystem’s James Murphy and is due out on October 29 via Merge Records.

"There's a lot of them, and they're mostly self-produced—like, they don't need a producer in a certain way," Murphy told Rolling Stone in May. "I think it's going to be a really great record, actually ... I'm eager to see it come out."

The band has also contributed music to Spike Jonze's new film, Her. And if that weren't enough Arcade Fire news, today it was also announced that the band will be the musical guest on the season premiere of Saturday Night Live hosted by Tina Fey on September 28—a win-win situation.

Watch the trailers for the interactive video, the video, and Spike Jonze's trailer for Her below and in the following pages.