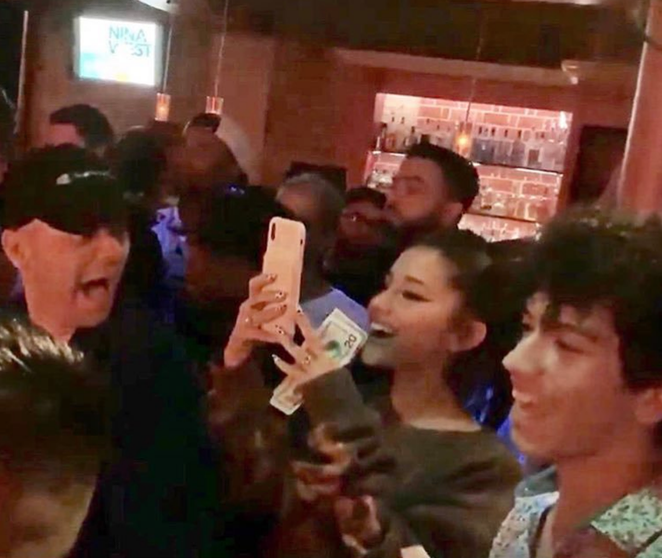 Twitter / sweetenergabri
Revelers at Heat Nightclub on Wednesday night were treated to a special appearance by the one and only Ariana Grande.

While the pop princess didn't perform, she did appear to be enjoying the high-energy drag performers onstage. Patrons of the LGBTQ nightclub pulled out their phones to snap pictures and videos of the "thank u, next" singer.

When Ariana Granda shows up to a gay club you use to go to every weekend just to watch the drag show.

Pictures on social media show Grande, a well-known supporter of the LGBTQ community, with a phone in one hand to record performers and cash in the other, presumably to tip them. She briefly approached the stage to give one drag queen some praise.
The singer even posted two short clips of the show to her Instagram story. Both clips show performers — including Nilaya Milan Mathews in a Grande-inspired look — lip-syncing to the singer's music. 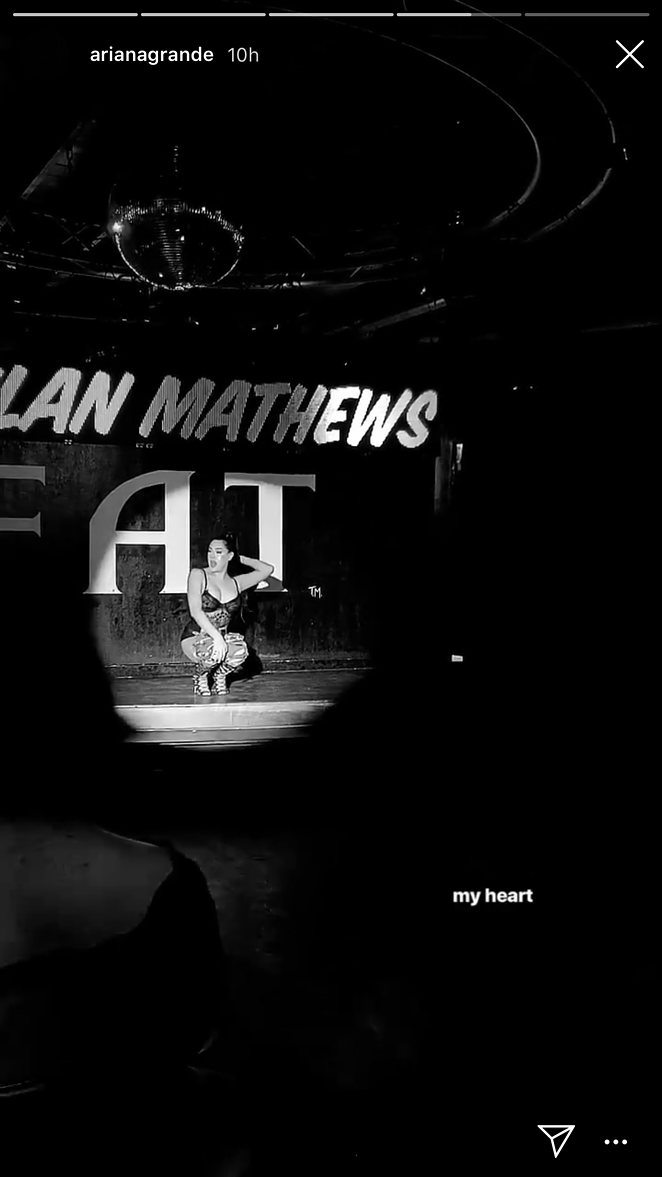 Instagram / arianagrande
Grande's Heat visit comes ahead of her Friday evening show at the AT&T Center.