At The Drive In Premieres New Video For 'Hostage Stamps' 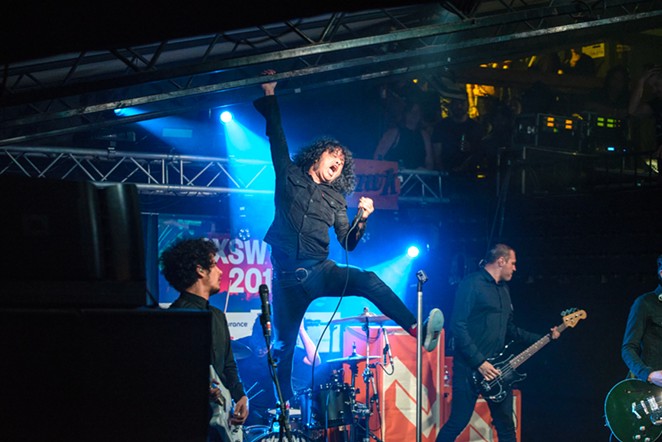 Jaime Monzon
At The Drive In Playing SXSW 2017
Set to release in just one month with a supporting tour that will make a stop in San Antonio, El Paso's At The Drive In has been creating quite the buzz around In·ter a·li·a, the band's first album in 17 years.

Fueling that buzz was the sudden release for their first video off the album for the track "Hostage Stamps" an eerie stop-animation music video that bares striking similarities to Tool's videos for "Sober" and "Prison Sex".

Littered with political metaphors, "Hostage Stamps" pulls viewers through a world where robots are holding a man as a prisoner while other faceless beings  toggle buttons on an electronic board from some sort of command center. It's cryptic, weird, and pretty much dead-on At The Drive In. Even if you don't dig the video,  ATDI fans will recognize that this track is definitely a banger.