The chief pleasure of this five-song EP from local ska-punk quintet the Uptown Creepers derives from the rubberband bass work of ClayBilly. Playing with the fluidity of a jazzman and the breakneck urgency of a zealous punk, he consistently steals the spotlight - no easy feat for someone assigned to hold down the low end.

This form of music is too fast to really showcase a singer and too rhythm-obsessed to ideally showcase good songwriting, so it’s hugely dependent on insistent danceability. For all the Uptown Creepers’ evident skill (check out the sympathetic trombone-sax tandem), In Transition doesn’t compel you to move, either because drummer Bennacious D doesn’t play with sufficient power or because he wasn’t recorded properly.

That puts undue weight on the songs and vocals of frontman Creeper Dave, and while his surly growl conveys punk angst, it doesn’t do much to sell songs that take very familiar subjects (drug addiction, war, etc.) and regurgitate old clichés. The Creepers have obviously absorbed the best elements of underground ska from The Specials to Fishbone to the Mad Caddies, but they haven’t yet figured out how to give the form a new twist. It’s telling that the best tune on the disc, “Wastin’ Time,” slows things up enough to develop a solid skank and eases up on the apocalyptic fury enough to let some emotional shading break through.

Ultimately, this product of Courtland Records - a label started by the music-business program of San Antonio College - is a mixed bag, but it’s worth a listen for any aspiring bassist. 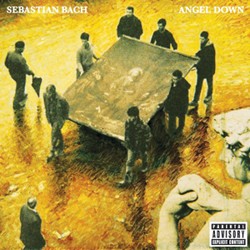 If metal is dead, someone forgot to tell Sebastian Bach. Although the title of his latest disc may be Angel Down, one song sums up the true essence of the former Skid Row screamer: “American Metalhead.” Fans of true old-school metal (i.e., Judas Priest, Iron Maiden) as well as those who see no irony in the documentary Heavy Metal Parking Lot will find much to recommend Angel Down, Bach’s first solo record in eight years.

For Skid Row devotees, Angel Down is closer to the dark edge of Slave to the Grind than Skid Row’s more pop-metal, self-titled debut. Notable, especially on the title track, is producer Roy Z’s touch, creating the same crisp, ultra-musical and modern NWOBHM (New Wave of British Heavy Metal) style characterizing albums by Rob Halford, clearly one of Bach’s idols. In fact, Z — along with Bach guitarist “Metal” Mike Chlasciak and drummer Bobby Jarzombek — were members of Halford’s band, so the vibe is no coincidence.

The album’s strongest tracks include the power-metal onslaught of “Negative Light,” the creative “Stabbing Daggers,” and the dual lead guitars and melodic choruses of ‘You Don’t Understand.” While much hoopla has been made over Axl Rose’s guest vocals on three songs, Bach doesn’t need to ride on his friend’s coattails for attention. And if Aerosmith’s “Back in the Saddle” is a trite cover choice, Axl’s iconic love-’em-or-hate-’em vocals still manage to shine on the song.

Bach, whose multi-hyphenate career also includes the stage and small screen, is an irrepressible force, an excellent quality in a frontman. Angel Down certainly contains its share of average songwriting. And with 14 songs that close in on an hour, it may be too long for ADD metalheads. But Bach’s stellar vocals and no-holds-barred passion are still enough to allow Angel Down to soar.