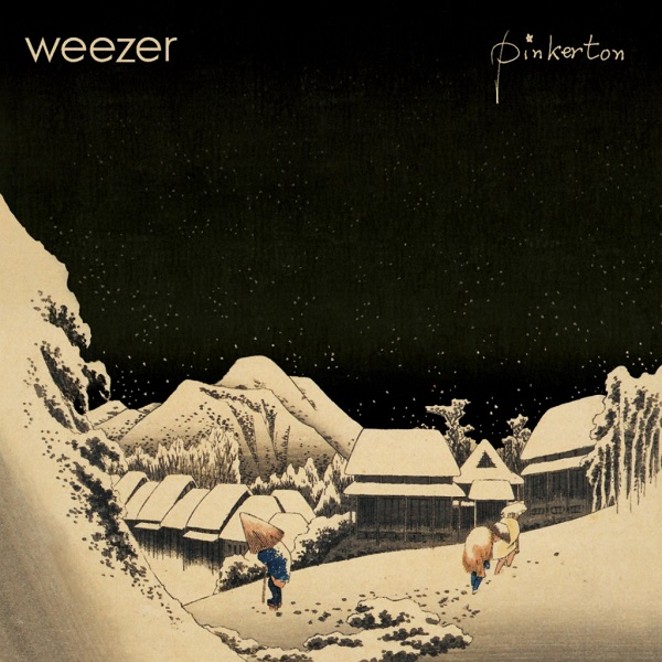 On September 24, 1996, the then-newly-beloved, post-grunge band Weezer released Pinkerton, the highly-anticipated follow up to its brilliant (and universally lauded) self-titled debut (aka the Blue album).

The band's second record, which wasn't very well-received at the time, was, in terms of sound, a flat-out ambitious and tortuously emotional departure from the sunny, polished, harmony-laden, pop-rock precision of the Blue album. With his sails as taut with confidence as they could ever be, frontman and songwriter Rivers Cuomo set the controls for the heart of his insecurities/neuroses. Which is to say: the album is as musically impressive (and dynamic, even visceral) as it is emotionally wrenching.

Sonically and lyrically, there's an urgency, a rawness, a seething depth to Pinkerton, absent from the band's other work before or since, which certainly served to alienate fans expecting a repeat of its predecessor's winking pop-rock sheen. It's not that Weezer doesn't have any fun on Pinkerton, it's just that there's a jaded sense of self-doubt, hopelessness, and sarcasm that replaces the comparative innocence of the Blue album. In this way, Pinkerton represents Cuomo's coming to self-awareness and, simultaneously, his recoiling from that awareness. This makes perfect psychological sense and, to some degree, has contributed to Pinkerton's reevaluation over the years as a classic.

We can all relate. When you are finally able to see yourself clearly—and to foil what you see against how others see you—it's all too common to react with at least mild horror. (Insert shruggie emoji.)

Pinkerton is, in another light, Cuomo's definitive statement about how to be legit vulnerable (often whinily so) and uphold the bro-triarchy all at once. It's a tightrope no one really wants to walk, though many still try, because on every side lies folly. This fact no doubt helped fuel the initial dismay at the album, which powerfully perturbed the frontman. So much so that it contributed to Cuomo's retreat from the band and into Harvard University, during the lost years before the Green album came out in 2001. The thing about Pinkerton, though, is that it's an undeniably great album.

But I'm far from the only one to recognize the album's greatness, and it has come to be widely-accepted as a no-bullshit masterpiece. Amid the scores of folks who sing Pinkerton's praises are the members of the newly-formed, local cover band Boy in a Cuomo. The group, comprised of members of local indie-rock stalwarts White Elefant and The Rosedale Highs, formed with the specific intention of covering Pinkerton and the Blue album in the most faithful, reverent way they could. 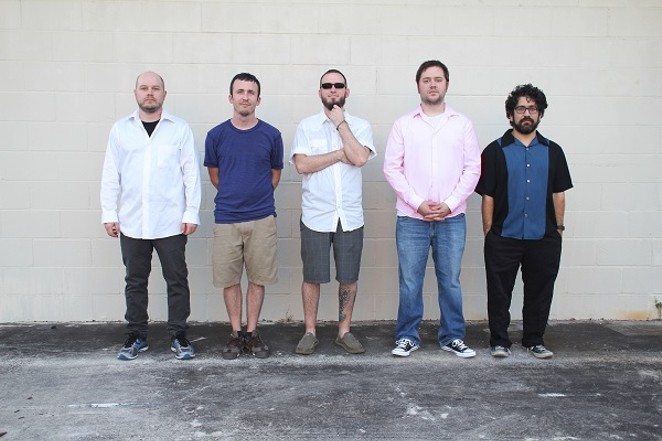 "The name [Boy in a Cuomo] and the concept started as a joke in White Elefant practice a few years ago," singer-songwriter and guitarist Josh Mathis told the Current. "Everybody laughed," Mathis continued, "But, after the laughter at the pun had subsided, we all kind of acknowledged that it would actually be a neat thing to do." Then, in May, shit got serious when Dave Novak (multi-instrumentalist and vocalist, also of White Elefant) and Mathis found their band in a bit of an unplanned hiatus and decided to revisit the idea on its merit and as a way to keep busy musically.

Once the pair had secured a fantastic drummer in White Elefant bandmate W.J. Robinson, they immediately turned to mutual friend Jason Christopher Trevino of The Rosedale Highs— "a phenomenal guitar player," Mathis pointed out — to help round out the line-up. With Trevino on board, the band added its final piece in Rosedale Highs' bassist Dustin Olinick and Boy in a Cuomo—a name for which the conscientious group secured a blessing from Girl in a Coma — was officially born.

"The original idea was to do Blue and Pinkerton," Mathis explained. "But, when we realized that the twentieth anniversary of Pinkerton was approaching, and that we might have a chance to play the album on its exact anniversary, that sort of took precedence."

Now, after months of practicing what Mathis calls a "deceptively simple album," the anniversary day show is a reality. Novak, who describes Pinkerton as a work of "personal vulnerability" that is "unafraid to take chances both musically and lyrically," told the Current that all they need now is "a good crowd to help [them] bring the amount of energy needed to do it justice."

Boy in a Cuomo will be joined on this nostalgic bill — in which they'll play Pinkerton all the way through (accompanied by b-sides) — by local grunge-pop outfit Islands & Tigers (covering Green Day songs) and singer/guitarist Raul Alvarez (opening things up with the songs of Elliott Smith).