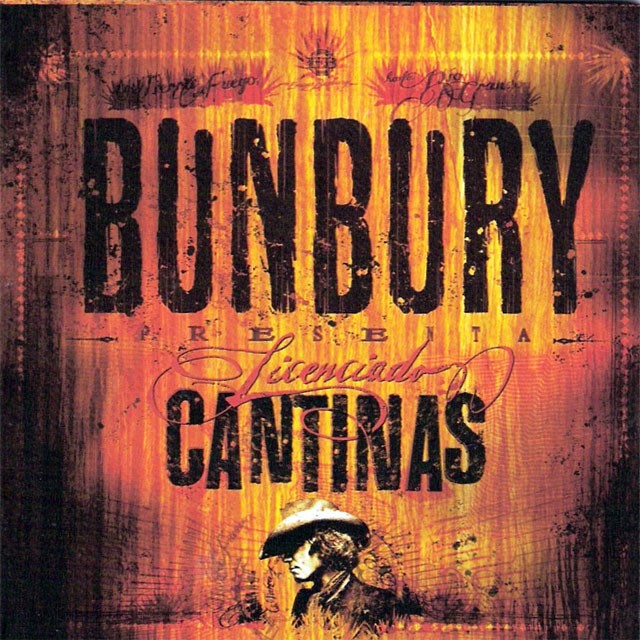 The seventh solo album by Spain's Enrique Bunbury (former leader of Héroes del Silencio, a metal-Celtic band that sold millions throughout Europe and Latin America in the '90s) continues Bunbury's effort to turn himself into a "serious" singer-songwriter. This is his strongest album yet, but it is far from a masterpiece. The journey begins with a quick intro that sounds like a Sergio Leone spaghetti-western directed by Jacques Tati, and ends with the existential epic "El cielo está dentro de mí" (both heaven and hell are within oneself). Sandwiched between them are electrified boleros and percussive touches more pasodoble than tango, and dark, somber moments like "Pa' llegar a tu lado." The problem I have with Bunbury (who is a superb singer) is that he tries so hard to impress that he forgets that the key element of Argentina chacarera is its rhythm, not just the melody. The classic "Chacarera de un triste" is turned into an insufferable Latinized Shaft-like theme that isn't fusion — it's nonsense. You just don't "change" the rhythm of a chacarera; that's where a chacarera's edge is at. To his credit, that song is the only serious flaw in a solid, if unmemorable, effort.