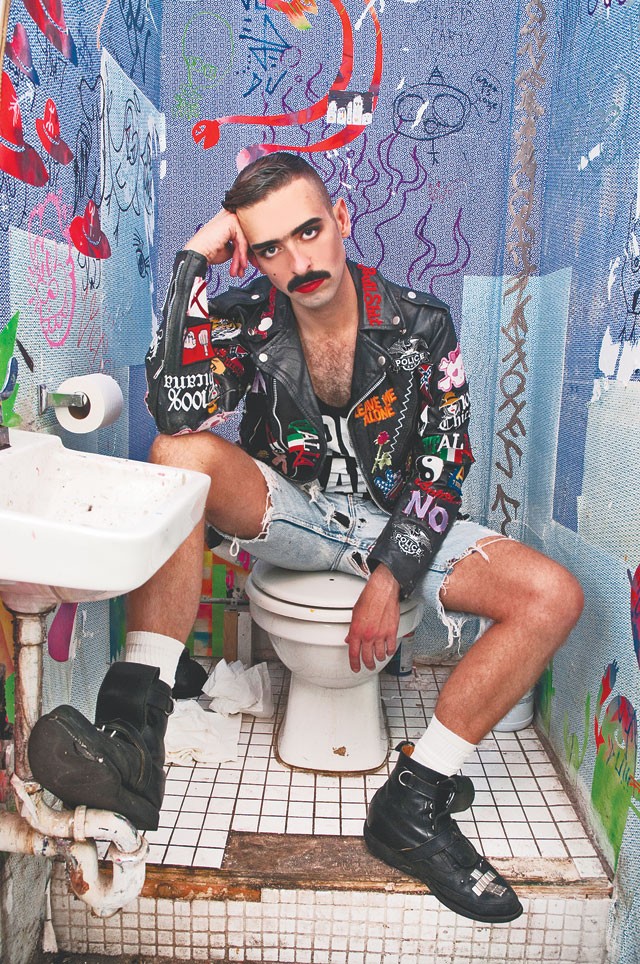 Courtesy photo
You can use it when he's done: SSION.

With directing creds for the likes of Santigold, Peaches, and CSS, his own flick (2009's Boy), and the album artwork for the Yeah Yeah Yeahs, it's a damn miracle that Cody Critcheloe has time to perform with his first artistic endeavor, the inimitable SSION.

Back in 1996 — even before his time at the Kansas City Art Institute — Critcheloe began working on his avant-pop project as a teenager. His new album, Bent, is a romp through Top 40 conventions gone awry, packed with songs that could be heard on KXXM or the local art gallery.

"At the time, the CD player in my car was broken so I was listening to just Top 40," he told the Current on the phone while driving somewhere in the Colorado desert. "I've always had a love for shitty pop, but back then I was forced to go with it."

Cody spent some serious time with Bent, enlisting the help of assorted friends and artists to produce the record. "It feels to me like a pop collage, so many people had their hands on it," he said. Even the lyrics lift directly from admired artists like Sinead O'Connor and Fleetwood Mac. On album opener "Listen 2 the Girls," the doctrine of Miley Cyrus mashes head-to-head with that of fellow art-funk house poppers Deee-Lite.

But Cody is pressing up against a glass ceiling of a new sort.

"Friends say, 'If you could give those songs to Ke$ha, you could make bank.' But I don't want to do that," he said of the ramifications of the media's insistence on labeling (and limiting) him as a queer performance artist. "It sucks that you need a blonde female to make what I'm doing accessible to a larger audience."

Although Bent shimmers in day-glo glam with hooks as addictive as opiate, SSION conjures up an empowered punk attitude reminiscent of the early '90s Riot Grrrl movement.

"The songs on the album are all potentially punk, lots of four-chord songs," he said. "I can't really do anything else well. It's a punk rock aesthetic pushed in a pop way."

And it's the type of sonic and performative weirdness that just can't be factory-produced.