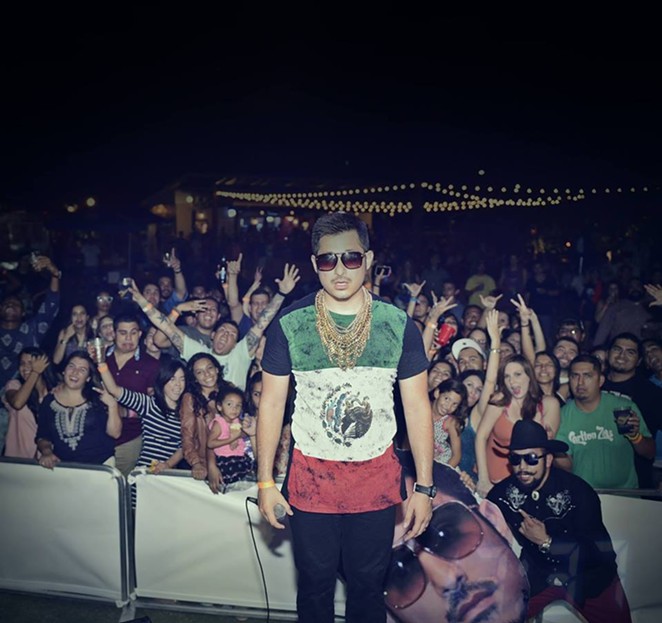 Via Facebook
SA rapper Carlton Zeus
Back for year two, the San Antonio Current presents our bitchin', free concert series at the Arneson River Theater. Teaming up with Coors Light, we've prepared a show every third Tuesday of the month through the summer, in coordination with the city's free-parking Downtown Tuesday initiative.

Tonight, the series begins in hip-hop form with Carlton Zeus — not the Carlton Zeus you might be thinking of. Now operating out of San Antonio, Zeus was born in Madrid and raised in the Valley, giving him a wide sweep of experience to draw from on his Nine Lives 3 Wishes EP.

On "Alpha Child," a light summer thing off the EP, Zeus dives into solipsism, listing the ways in which he's the city's best. On the hook, he puts SA singer Alyson Alonzo's oneiric voice to good use, with a Winehouse feel over the neo-soul beat.

The show begins tonight at 7pm, at the Arneson River Theater (418 Villita) with rowdy sets from Chisme and Mexican Stepgrandfather (of Third Root).