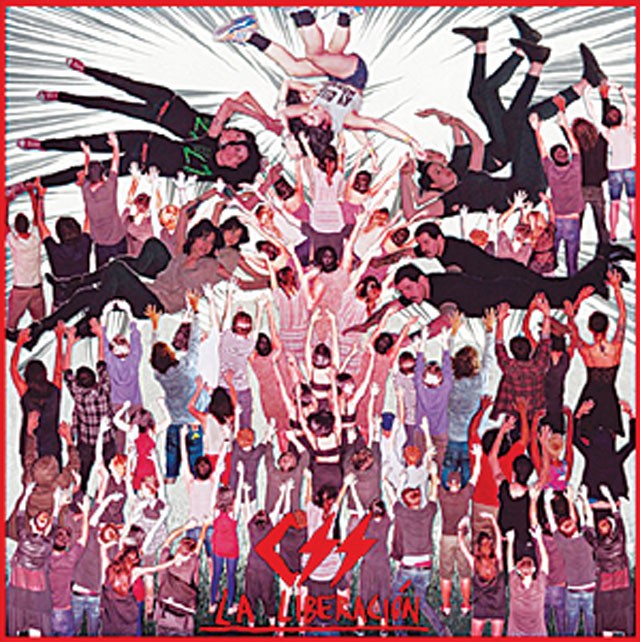 São Paulo's CSS have never been into grand statements, but in the final track from their third release they may have stumbled upon a true declaration of purpose: "Fuck Everything." It's a welcome change in sentiment after their last release, the carefully stylized, glossy Donkey. On La Liberación, the five-piece jumps headfirst back into the trashy synth-punk romps of their earliest classics, particularly on the throbbing "City Grrrl" and the unusual Spanish-sung title track. Most exhilarating is singer Lovefoxxx, who struts and saunters her way through Liberación like a sort of pint-sized, unitarded Karen O, tossing out throwaway lines on casual sex, dancing the night away, dyeing her hair pink, and thought-provoking gems like "ringing thoughts in my head, like love and shit." Sleazy, sexy, and fun, the album faithfully recaptures the fuck-it-all attitude of their debut. However, it is the relative lack of hooks that holds Liberación beneath that bar, due in large part to its filler-heavy back end. But even if CSS haven't delivered a classic, they've further demonstrated they're an act worth paying attention to, even if they clearly don't give a fuck if you do or not.