Do We Actually Need an African-American Music Appreciation Month?

The king of jazz, Louis Armstrong.

As a society, we choose these days to collectively commemorate, to acknowledge and to call attention to issues. We care about things as individuals. We care in different ways in our assorted groupings. We do what we can to bring in others to advocate for our causes' relevance, vibrancy and maturation. Sure, something like National Headache Awareness Week can seem utterly frivolous and the question of who the hell made up such a thing and what makes it so official anyway arises — as if the mysterious Council of Headache sits on high, and woe to the one who crosses them; rumor has it they're more powerful than the Beyhive. Yet it's these moments, and the groups that champion them, that are doing what was intended — bringing us together for some purpose or another.

As it relates to this specific cause, June is African-American Music Appreciation Month, though, as Carter G. Woodson noted in the appendix of The Mis-Education of the Negro, "Negro" is the most accurate term to refer to those of the African Diaspora since it, ironically enough, refers to a grouping of people more specifically than actual skin tone, which is extremely variable; Charlize Theron is African-American, the authors of this piece are black.

In 1979, the trio of songwriter/producer Kenny Gamble and broadcasters Ed Wright and Dyana Williams, as part of the Black Music Association, a trade organization, spent a year lobbying President Jimmy Carter to institute Black Music Month as a response to the then recently established Country Music Month in October. According to a 2013 interview The Root held with Gamble, the idea was that a commemorative month would bring additional attention and marketing dollars to one of the foundations of the music industry that has historically had its influence in plundered and whitewashed American musical landscape.

Outside of modern think-pieces, barber's chairs and hair dryers older than a stack of faded Jet magazines, conversations on such matters aren't too common now, and certainly weren't back then. However, like many things about the Carter administration, it was a good idea that was mostly forgotten until black people called attention to it.

Thus, in 2000, at the tail end of President Bill Clinton's administration, U.S. Representative Chaka Fattah sponsored House Resolution 509, formally recognizing the importance of black music on culture and the economy. The push went even further in 2009 as President Barack Obama designated June African-American Music Appreciation Month and has since made more concerted efforts to bring attention to black music.

Although acknowledgement of black excellence is appreciated, we must ask ourselves, is this recognition necessary? What happens next and, more so, do all music lovers know the history and origins of our music in general? Yes, "our" music. That said, it's not a matter of hoarding or stuffing it down people's throats that all American music has black roots, nor am I being an asshole by saying so, because it does. It's important to give credit where it's due — the Alamo has its place in American history and has grand significance, same as the epic beat-down San Antonio would've given Austin in the taco showdown, but that's neither here nor there.

For starters, the blues originated in the late 19th century in the belly of the slave-riddled South and is the cornerstone of African-American music — its antecedent being birthed in Africa.

In the motherland, call-and-response chants were a staple of religious hymns and expression. Once arriving in the States, the format became a medium to fight oppression and sound-off dialectical warnings and information among slaves. By the end of slavery, we'd have a number of blues subgenres, eventually growing during the '30s, '40s and '50s into such styles as the Piedmont blues, popularized by artists like Mississippi John Hurt and Blind Blake, the Delta blues of Son House and Robert Johnson and the Texas blues of Blind Lemon Jefferson and Lightnin' Hopkins. Blues song structures subsequently gave rise to such white artists as Elvis Presley and Carl Perkins as well as rockabilly music, or white R&B. The genre was a hit among Caucasian audiences as it was perceived as easier on the ears of white listeners in the Jim Crow south.

Ragtime, a piano-driven predecessor of jazz, was popularized in 1895 by the "Father of Ragtime" Ernest Hogan, a comedian, singer and musician known for his outlandish minstrel shows and hit songs "Pas Ma La" and the reprehensibly titled "All Coons Look Alike to Me." The latter was based on a piece Hogan heard a musician play in a salon in Chicago, originally entitled "All Pimps Look Alike to Me," to which he added a cakewalk rhythm and changed the lyrics to fit into his performances, an action he would later regret. Hogan was also the first black entertainer to produce and star in a New York Broadway show, The Oyster Man, in 1907. Hogan would pass away from tuberculosis in 1909, but his successors, Irish-American Joseph Lamb and African-Americans James Scott and Scott Joplin, would further popularize the rollicking piano-driven sound, later leading to the New Orleans-born genre we know of as jazz.

Louis Armstrong, who is often credited with inventing the swinging syncopation so prevalent in jazz, and his tutor King Oliver, played a vital role in pushing the boundaries of the Dixieland style. Combining jazz and blues together were artists such as Cab Calloway and Louis Jordan, resulting in rhythm and blues, aka R&B music — the lover's edition of southern music, if you will. R&B touched many across the globe in the 1960's and influenced a number of accomplished British acts like The Who and The Rolling Stones, the latter often pointing out their predecessors and, in so doing, helping to bridge the gap between white audiences and black music. The backbeat-heavy styles of R&B, soul and rock 'n' roll would eventually transition to funk, a more hopping take on the bluesy bounce of the earlier genres but with a more prominent bass presence, groovier drum beats and screeching horn arrangements. 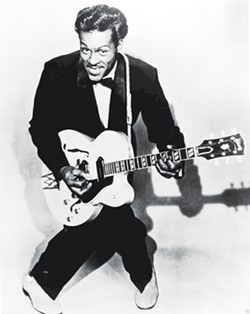 Leapfrog to rap, the baby brother of soul, funk, reggae and disco, and the most controversial genre by far. Rap has come a long way, yet the question is often still asked: Who are the owners and who are the laborers? White cats have it pretty hard in rap music. Just as basketball is primarily a black man's sport, considering the pigmentation of its greatest players, there's no difference in the rap game. Knowing this, white rappers must have a skill set that either matches or surpasses the "owners."

The cool part about the culture is there's never been a wag of a finger discouraging non-blacks from stealing and borrowing from their black forebears, rather, a proper shout-out is in order. Eminem has been one of the most advanced rappers in our lifetime, and everyone knows it. He's also made notable references to his inspirations and to those who sparked his interest, from Big Daddy Kane to Run DMC to Rakim, all the forefathers were impactful. And the beat goes on, throughout electro-pop, EDM, punk rock, Americana, country and any other American music — all a mixture of cultures and a mingling of inspirations.

Sadly, there's no earthly way we could cover hundreds of years of music in a month, and why try? When I first caught wind of African-American Music Appreciation Month's existence, my initial thought was "How did I not know anything about this? Is that a knock on my blackness, or have I been too busy enjoying the music to give a shit about a holiday handed to me ... like I needed it?

Just like Mother's Day or Father's Day, I simply don't need a reminder to love and appreciate my parents. The same can be said for African-American Music Appreciation Month. I get the gist and the point of origin — hoping the light will shine on our accomplishments and in our favor, letting people know our impact. But the proof is in the pudding. There's no Robin Thicke without Marvin Gaye, no Justin Timberlake bringing "Sexy Back" without Michael Jackson, Prince and Stevie Wonder, and so on and so forth. Just for kicks, let's say you ship a white Australian woman to the States, write a song, hand it to her and have her rap with a southern accent ... Voila! You have a hit! Fancy that. All this being said, I do hope African-American Music Appreciation Month is highlighted in our school systems, although it most likely will not be, so that our children can learn more about the music they make and love.

Black music can be summarized as a lot of things: It's the result of pain, passion, ingenuity and struggle but, mostly, it's a product of love. The love to strive and prosper throughout any type of adversity and to transcend racial divisions for a greater expression. Many artists will come and go but one constant will remain: Black culture has and will continue to enrich American history forever, whether there's a month devoted to it or not.