Gibbs' performance with his sextet Thrasher People will mark his first time playing the free two-day festival since he departed the Alamo City for New York. 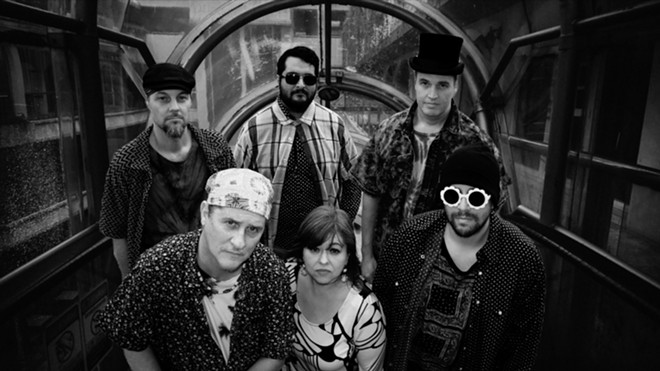 In addition to its usual slate of out-of-town performers, this year's Jazz'SAlive represents a homecoming for drummer and bandleader Gerry Gibbs, whose 2000s-era stay in the city helped shape its contemporary jazz scene.

Now, Gibbs and his Thrasher People sextet are scheduled to take Jazz'SAlive's main stage Friday, Sept. 23. The 7 p.m. performance will mark his first time playing the free two-day festival since he departed the Alamo City for New York.

While Gibbs still maintains his East Coast residence, he's again put down roots in San Antonio, making it his primary home. When the pandemic dried up his gigging opportunities, he drifted back to the Lone Star State for what he thought would be a temporary retreat.

"I didn't plan on staying, but I ended up finding the right group of musicians," Gibbs said. "It turned out I was looking for something."

That right group of musicians was Thrasher People, which is comprised of San Antonio and Austin players including vocalist Michelle Garibay-Carey, the daughter of the late and legendary Chicano bluesman Randy Garibay. The band is recording a new album next year and plans to hit the road for extensive touring.

Also contributing to his decision to stay in SA, Gibbs is working with a Texas-based movie producer on film scores, which — true to Hollywood form — he's unable to discuss in detail.

Like Garibay-Carey, Gibbs also is the scion of an iconic musician. His father, the vibraphonist Terry Gibbs, is an influential jazz player whose career spanned the big-band and bebop eras and beyond.

Indeed, the younger Gibbs' Grammy-nominated 2021 album Songs From My Father, is a tribute to the 97-year-old musician that includes collaborations with jazz heavyweights such as Ron Carter, Patrice Rushen and Kenny Barron. The release also includes the last performance of the late keyboard virtuoso and fusion pioneer Chick Corea.

Upon its release, Songs From My Father hit the top of the jazz charts, as have four of Gibbs' other 13 albums for the East Coast label Whaling City Sound.

That's something the drummer hopes to repeat with the forthcoming Thrasher People LP. The ensemble isn't just a collection of sidemen latched onto his star but a group of eager collaborators in it for the long haul, he said.

While Garibay-Carey's dynamic and soulful voice offers an easy entry point to Thrasher People, the group is anything but a traditional vocal-jazz combo. The music, dense yet playful, stretches from bebop to fusion, R&B to the avant-garde — sometimes within the same song. And it's all energized by Gibbs' propulsive drumming.

"When we play, you'll hear anything from Charlie Parker to Weather Report to Louie Armstrong to Nirvana to Earth Wind & Fire," Gibbs said.

Part of Gibbs' musical appeal — Thrasher People included — is that for all the complexity he brings to the table, it's not ponderous listening. As a composer and bandleader, he understands how to be accessible without drifting into smooth-jazz pandering.

Some of that likely stems from Gibbs' lifelong willingness to play in a variety of jazz styles, KRTU Music Director Kory Cook said.

"Every time I talk to Gerry, there's something I learn about him," Cook added. "Whether it's someone he's played with over the years or another part of the jazz spectrum that he's explored."

The members of Thrasher People share a similar artistic restlessness, Gibbs said. Most jazz fans enjoy a wide spectrum of music and are eager to hear musicians explore outside the genre. Further, the band's R&B, hip-hop and rock influences provide an on ramp for listeners who aren't deeply immersed in jazz.

"We're playing music that's an extension of us," Gibbs said. "We're all from a generation where we were exposed to pretty much everything going on in music, not just jazz or any one genre. So, I wanted to put myself in a position where I'm playing with people who can say, 'I want the whole world of music to be part of this band.'"

Other performers scheduled for this year's Jazz'SAlive include New York-based joyful jazz collective Sammy Miller and the Congregation, Grammy-nominated Latin jazz ensemble the Pedrito Martinez Group and Austin-based soul purveyors Tomar and the FCs. A full schedule is available online. 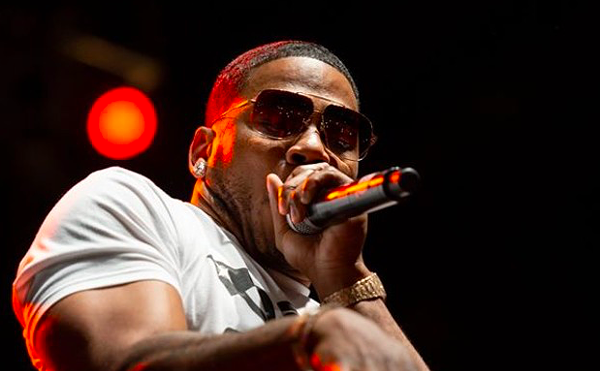