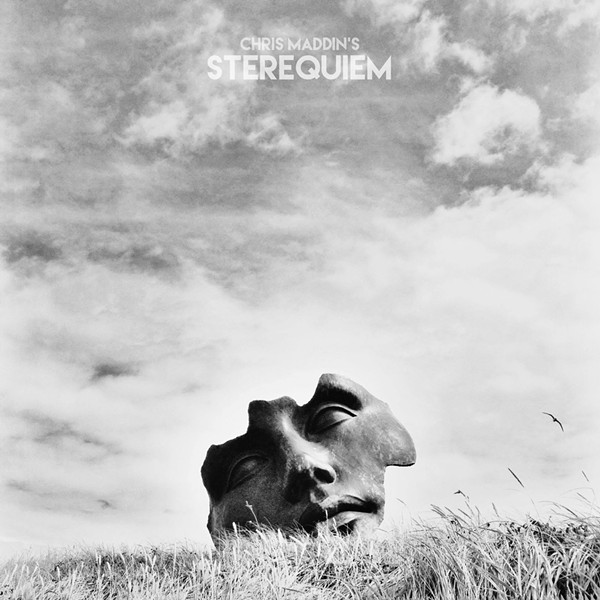 Hailing from what generation X (and senior millennials) would consider the golden era of music in San Antonio, Chris Maddin was the front man for San Antonio indie darlings Blowing Trees in the early 2000s. The band experienced considerable success and was signed to Glassnote Records in 2007. Since the band’s split, Maddin has released two albums with his electronic project, Filmstrips, and is releasing his second full-length album as Chris Maddin this Saturday at Limelight alongside folk heroes Demitasse and electronic glitch master More Eaze (Marcus Rubio).

Titled Sterequiem, Maddin’s nine-track magnum opus can be loosely defined as a contemporary piano concerto. It began as a single track titled “Stuck in Edit,” composed the day after the funeral of a close friend in 2011, and slowly shaped into a mournful collection – a celebration of life and love, youth and its limitations, regrets, fears and the mysteries of time and death. The album is a requiem – a chorus of remembrance – dedicated to a man whom Maddin credits as one of the main reasons he became a full-time musician. “In a way, he represented a time in my life that I had grown away from but missed terribly. A lot of the lyrics became a conversation with my friend,” noted Maddin.

All of the songs were written for solo piano on an old jangly upright Wurlitzer at Maddin’s home in Monte Vista years ago, but the vision came together in 2014 when fellow Blowing Trees alumni Edwin Stephens (Dead Walrus Productions) agreed to produce the album. Maddin elaborated, “Some of my favorite moments in life were listening to something heartbreaking in some distant setting with a view.” “In the end, the singer-songwriter in me got the better of it and I started to hear the full band version emerge in my head which is where the album ended up, although it started as me playing sad piano to my cats in the dark.”

Known for his flair for the theatrical, Maddin seems to be departing from the avant-garde in Sterequiem as a work of genuine vulnerability and honesty. The work doesn’t parade itself about but beckons its audience to listen closely. The opening track and the album’s namesake, “Sterequiem,” hints at Bowie’s Hunky Dory. Maddin has a knack for carefully crafted semantics as evident in the song’s sixth verse, “I’ve been there / in conflate / sempiternal / a strange fate / to translate / and equate / scintilla / actuate.”

Utilizing classical instruments primarily of the horn and string variety, the compositions are dynamic, often featuring a waltz tempo. “Curveball (The Song of the People)” is the begrudgingly optimistic song you’ve been looking for during these tempestuous times, “punch out punch in you cant seem to win /minutes stack up and seem to be thin / if life always throws the curve ball / I’ve become expert in taking the walk.” Danny Elfman inspiration is evident in the Edward Scissorhand-esque oohs in “A Camera is Loaded.” The album crescendos into the monumental, “The Next (Ecliptic).” A cinematic orchestral explosion of sorts, Maddin envisioned the closing song as an apocalyptic storm out at sea.

“You can only control life to a certain degree… there is always a tomorrow to look forward to, and if not, I hope to see you on the other-side, if one so exists. Try to enjoy every moment as much as possible, even if the storm is raging.”