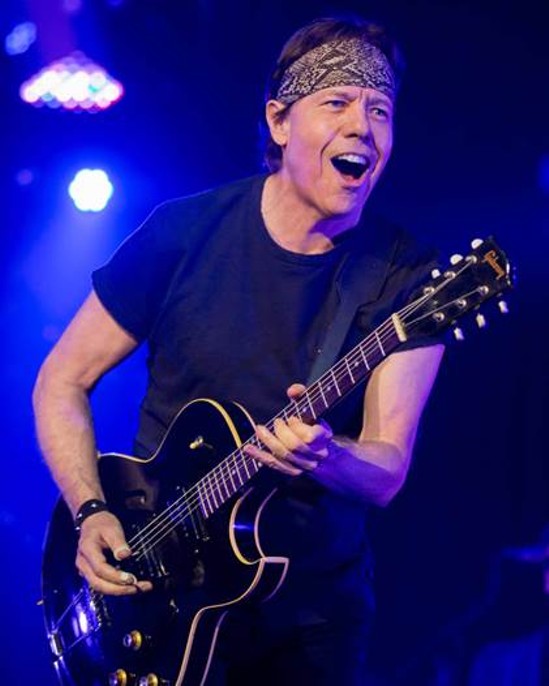 Courtesy
Thorogood being bad, real bad, like, bad to the bone.
I'll refrain from the dad rock jokes because I've never seen George Thorogood & The Destroyers live, maybe it's the shit. Maybe. Although I hold the music of Bo Diddley, John Lee Hooker and the murderer's row of blues players that Thorogood has built a career off of covering in the highest regard, he has also always given credit where credit is due, featuring Bo Diddley in his video for "Who Do You Love" and covering Hooker's "One Bourbon, One Scotch, One Beer," slanging them some of that mailbox money.

Thorogood and his band will be heading to the Aztec Theatre on Wednesday, March 2 on their 32 city "Badder Than Ever Tour." Tickets for the event are priced at $25-$45 and are available from the Aztec box office or here.