Send a News Tip
With very few exceptions, rock is a young man's bag. Reunion or nostalgia tours often end up as sad jokes taken seriously only by die-hard fans or attended by kitsch seekers. Past-their-prime rock shows can attract those with a morbid curiosity, rubbernecks who know they shouldn't look, but can't help but take a peek too see how bad it can be. That said, you have to give credit to those has-been-rockers-still-wanting-to-rock for having the incredible balls to play for the love of the music or to pay the mortgage.

Next up on the block for our amusement: one-time Van Halen frontman David Lee Roth, touring behind his latest album of mostly cover tunes, Diamond Dave. The forthcoming issue of Rolling Stone (July 24, 2003) calls the album "forgettable," but the same cannot be said of the poster boy for '80s

ego and excess. To his credit, Roth is still as high-energy as ever, and offers one element that separates his live show from the rest of the fossil-rocker heap: humor.

Unlike most other come-back attempts, Roth does not take himself seriously. Even in his heyday, Roth's comic talent was obvious in the lascivious lyrics of songs such as "Hot for Teacher" and "Panama" as well as in the Benny Hill-esque babes and camp of his solo videos "Just a Gigolo" and "California Girls." Fans can expect all the shtick with a side of schmaltz that endeared him to audiences way back when. And don't forget his trademark jump kicks. Roth certainly hasn't. This is one case where the joke may not necessarily be on the aging rocker, but rather the aging rocker is the joker. In other words, it's OK to laugh. • 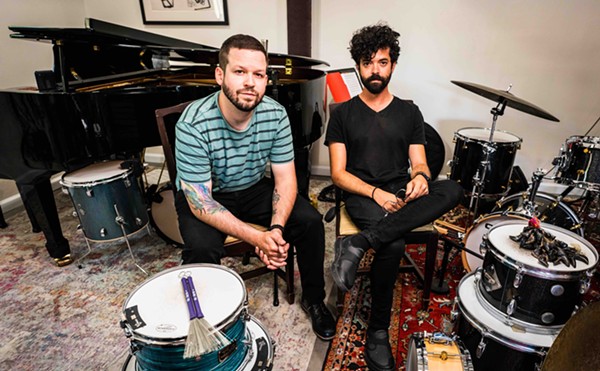