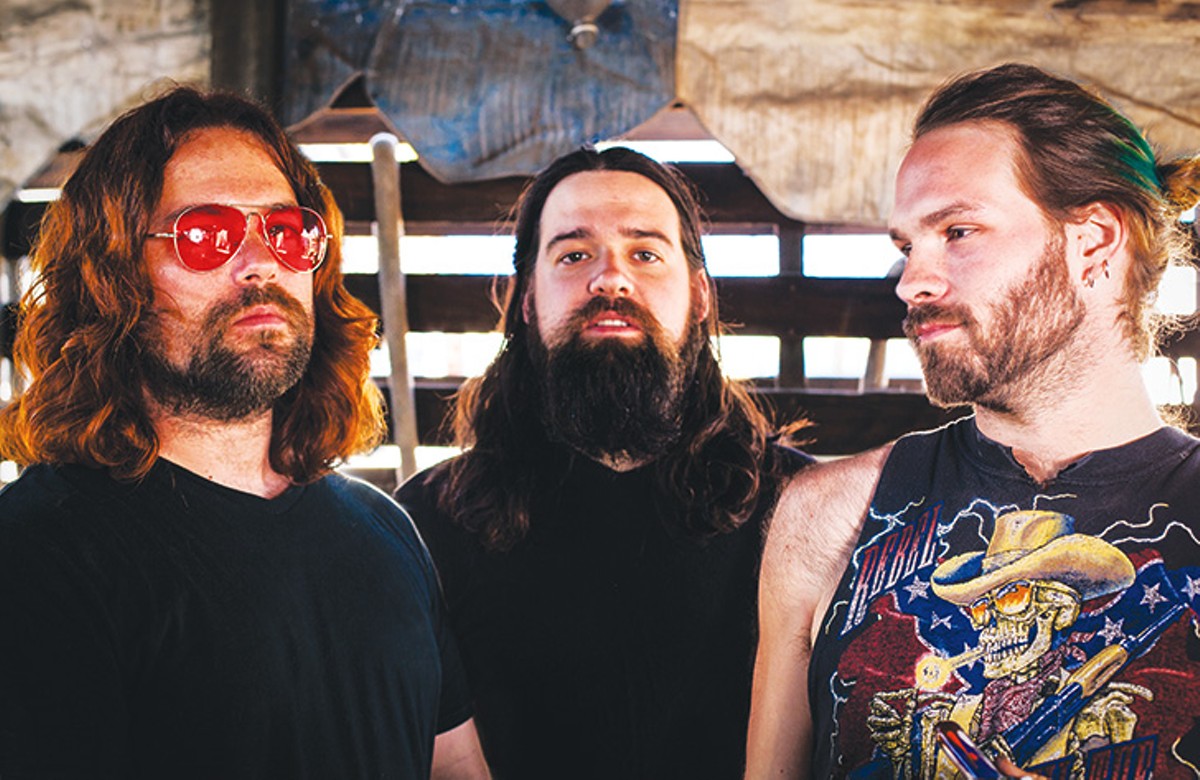 Heavy Glow is a Texas band that ostensibly got its start in San Diego but whose sound was forged in the workaday Midwest, where lead guitarist, vocalist and main creative force Jared Mullins grew up surrounded by the churning and pining sounds of blues, soul and classic psychedelic rock.

Equal parts chunky, junky and funky, the band's sound grew in leaps and bounds from 2011's Midnight Moan to 2014's Pearls & Swine and Everything Fine, trading in a Motor City, garage/cock-rock aesthetic for a slightly silkier, cleaner and even more soulful approach. To my mind, a good approximation of Heavy Glow's style in general is Cream meets Queens of the Stone Age. Lava lamp lasciviousness pervades these sweaty, blues-infused, alt-psych jams, which are as beefy as they are soulful. Here's another way to look at it: Heavy Glow's sound, crafted largely by frontman Mullins, is the musical equivalent of your favorite 1960s muscle car with an engine that was fully updated in 2001.

Standout tracks on Pearls & Swine, which you'll want to dig along with the band's first LP (and a few solid EPs) over at heavyglow.bandcamp.com, include the slinky, smooth, bluesy lament on our general dysfunction and consumerism's vapidity "Fat Cat," the slowly (and gloriously) intensifying, supernatural romantic dirge "Love Ghost," the vamping, stomping kiss off "Nerve Endings" and "Headhunter," the grooviest track on the record and something of a low-key anarchist anthem.

Meanwhile, Mullins told the San Antonio Current last week that the band, which was recently picked up by German stoner/psych rock label Kozmik Artifactz, is hard at work on its third album, of which we should get a little taste at Thursday's show. "That's really what these shows are about: working out new material in front of a live audience," Mullins said.

Since the group is known for putting on raucous live shows, I asked Mullins to sum up the band's live approach. His answer goes a long way to describing Heavy Glow's live set as well as its vibe in general: "I'd liken it to a Pentecostal revival. I want people to come to a Heavy Glow show, unleash their burdens and participate in an event we call electric church — hopefully the power of the music [can free you] from the shackles of [your] everyday routine. That's the goal."