Iggy Pop Whipped It Out in the Name of Art 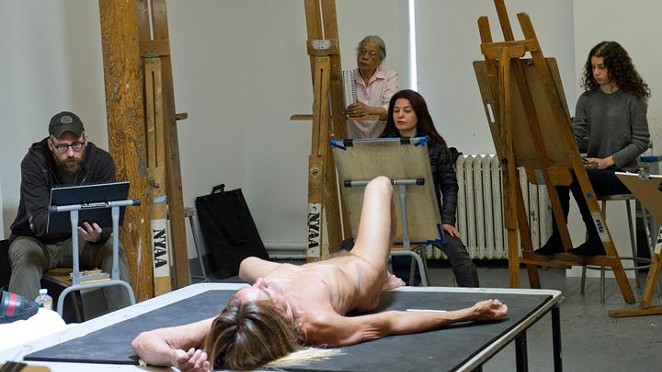 Courtesy
Iggy giving a lesson in Pop art
Even though rocking out with his cock out is the norm for Iggy Pop, this time he's whipping it out for the sake of art.

On February 21, the New York Academy of Art's model for the drawing class was a little punker than usual. Pop, now 68, can add nude model to his accomplishments - next to David Bowie's BFF and Stooges frontman - as he stripped down to his b-day suit for an art session featuring 21 artists, aged from 19 to 80. The project was the inspiration of British artist Jeremy Deller and was organized by the Brooklyn Museum.

The "Pop" art will be featured in the Brooklyn Museum's Fall 2016 exhibition called Iggy Pop Life Class before going on tour. Hopefully San Antonio will feel a gust of "Raw Power" if the exhibit travels to our city.