This week's varied musical offerings include a Paris-based electronica duo, a smoking jazz trio and a veteran horror-rock band. 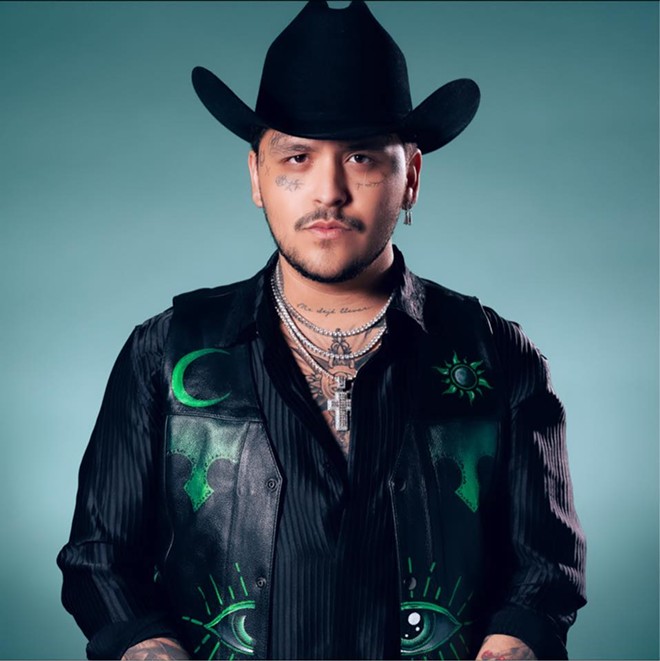 Singer-songwriter Christian Nodal is bringing his groundbreaking take on regional Mexican sounds to the AT&T Center in what's likely to rate as one of the biggest Latin music shows of the year.

But he's not the only riveting musical act hitting town over the next few days. Assuming they have the stamina — and cash — San Antonio fans can also check out a Paris-based electronic dance duo, a smoking jazz trio and a veteran horror-rock act (complete with face paint). And that's just the beginning.

Guitarist Graham Dechter, bassist Alex Frank and drummer Ryan Shaw are known for session work for the likes of Michael Bublé, Quincy Jones and Jeff Goldblum. Playing together, the trio pays homage to The Poll Winners, the 1957 album recorded by another trio with serious chops — that of guitarist Barney Kessel, bassist Ray Brown and drummer Shelly Manne — and merges that sound with a newer generation of jazz. The two San Antonio shows are album release parties for the group. $25-$35, 7:30 p.m. Jazz, TX, 312 Pearl Parkway, Bldg. 6, Suite 6001, (210) 332-9386, jazztx.com. — MA

Although born in California, Conan Gray used his isolated upbringing in the Central Texas town of Georgetown to inspire the deeply intimate lyrics that make up his pop sound. Born of a Japanese mother, Conan was the only student of Asian descent in his middle school class, and while struggling to find his place, found comfort in the lyrics of Taylor Swift and Adele. TikTok boosted Gray's 2020 single "Heather" and pushed his fame to new heights. $70-$169, 8 p.m., Aztec Theater, 104 N. St. Mary's St., (210) 812-4355, theaztectheatre.com. — Danny Cervantes

Born in Long Beach, California but raised in Tijuana, Mexico, Julieta Venegas is best known for her eclectic mix of pop, rock and Mexican music on hits such as "Limón y Sal." The singer-songwriter and multi-instrumentalist has sold more than 25 million records worldwide and took home the 2007 Grammy for Best Latin Pop Album. Beyond those endeavors, she was appointed as a Goodwill Ambassador by UNICEF in Mexico and by the Council of Ministers of Women of Central America. $31-$61, 8 p.m. Tech Port Arena, 3331 General Hudnell Drive, (210) 600-3699, techportcenter.com. — MA

Since bursting onto the scene in 2017, Christian Nodal has become one of regional Mexican music's most important artists, revitalizing the genre with his unique brand of urban-infused sounds. Nodal's debut single, "Adiós Amor," hit the top spot on the U.S. regional Mexican charts and racked up more than 1.2 billion watches on YouTube. That puts him in the elite company of artists such as Justin Bieber, Ozuna and Maluma, all members of the platform's Billion Views Club. $65-$195, 8 p.m., AT&T Center, 1 AT&T Center Parkway, (210) 444-5000, attcenter.com. — MA

Horror rock act Wednesday 13 is embarking on part two of its 20th anniversary tour — and wouldn't you know it, the band's hitting the road just in time for the spooky October feels. After getting its start playing creepy mid-tempo tunes, Wednesday 13 has undergone a musical transition and slowed its tempos to a ghastly crawl. One thing hasn't changed, though: the group still rocks the face paint all these years later. $20-$100, 7 p.m., Paper Tiger, 2410 N. St. Mary's St., papertigersatx.com. — Brianna Espinoza