A rich and varied selection of music artists is descending on San Antonio to play gigs over the holiday weekend. 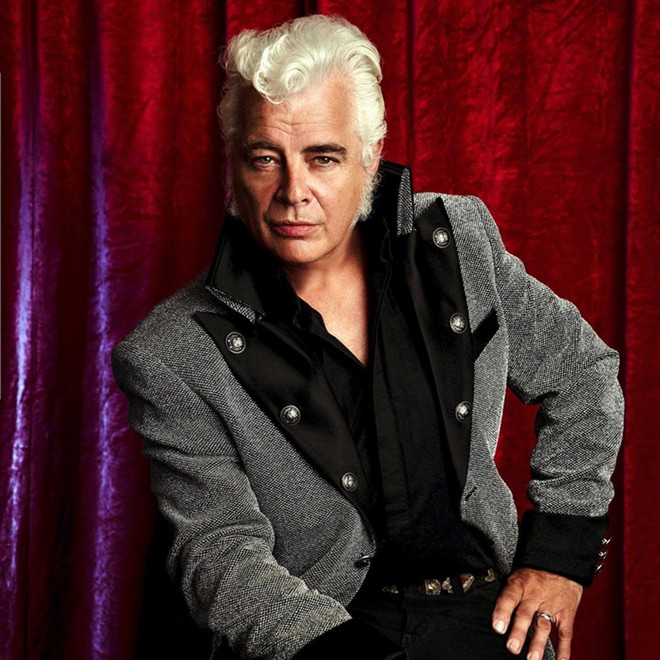 The Independence Day weekend looks to be a good time for San Antonio music fans to check out artists known for their independent spirit.

Expect an evening that highlights Latin arrangements of compositions from Herbie Hancock, Dizzy Gillespie and Horace Silver, although the Puerto Rico-born percussionist and his band are also likley to perform original compositions. Amador has a colorful background beyond his approach to music. Not a lot of bandleaders can claim they served for 20 years in the U.S. Army as an intelligence officer and paratrooper. $15-$20, 7:30 p.m., Jazz, Tx., 312 Pearl Parkway, Bldg. 6, (210) 332-9386, jazztx.com. — Mike McMahan

Cole Ritter and the Night Owls

Nashville's Cole Ritter and the Night Owls exude nostalgia from every pore. The group pays tribute to the country music of years gone by — not just with their '50s- and '60s-inspired duds but also with an authentically retro sound. Much like Johnny Cash, Ritter and his band specialize in a twangy sound that fuses country with blues, folk and more. $10, 8 p.m., Sam's Burger Joint, 330 E. Grayson St., (210) 223-2830, samsburgerjoint.com. — Brianna Espinoza

Though he cut his teeth as a blues player, San Antonio's A. Wright has been working rock material into his live show of late. That versatility helps explain how he won the Bud Light Riverfest Battle of the Bands in 2016 while also putting in two recent appearances at the Luckenbach Blues Festival and the International Blues Challenge in Memphis. His most recent release is the simply titled EP Acoustic. $10-$40, 8:30 p.m., Sam's Burger Joint, 330 E. Grayson St., (210) 223-2830, samsburgerjoint.com. — MM

Though the show is billed as a rock en español "tribute," that word sells things a bit short since the evening actually features two former members of the band Jaguares, including bassist Federico Fong. Both Caifanes and Jaguares hail from Mexico City and specialize in a mix of styles. Jaguares were more on the alt-rock side of things, with Caifanes farther afield, mixing not just Latin influences but also prog and new wave. $25, 10 p.m., Fitzgerald's Bar & Live Music Venue, 437 McCarty St., Suite 101, (210) 607-7007, fitzrockssa.com. — MM

Backing musicians in big bands seldom get their due. Their time in the spotlight is rare, and when they get to take solos, they're usually brief. Kyle Nix, the fiddle player for the Turnpike Troubadours has managed to work as both a bandmember and bandleader. The Okie fiddler doles out memorable Americana with a voice to match his fiddling prowess on the album Lightning on the Mountain and Other Short Stories. Sounds like an excuse for Turnpike Troubadours fans to catch Nix in an intimate venue. $20, 7 p.m., Gruene Hall, 1281 Gruene Road, (877) 856-0806, gruenehall.com. — Enrique Bonilla

Recently named New Male Artist of the Year at the American Country Music Awards, Texas' own Parker McCollum is headlining this three-night stand over the Independence Day weekend. Propelled by the success of his major label debut Gold Chained Cowboy, McCollum blends a foundation of country and Americana with blues and folk rock. Catie Offerman opens the Friday and Saturday shows, which are sold out. Jacob Stelly opens the Sunday show, for which tickets remain available. $39 (Sunday night only; others sold out), 8 p.m., Whitewater Amphitheater, 11860 FM 306, New Braunfels, (830) 964-3800, whitewaterrocks.com. — Danny Cervantes

Alabama-born, Texas-raised Dale Watson is trucking back to Gruene Hall for a honky-tonking night of real dancefloor country. Known for his grueling tour schedule, the tattooed troubadour averages about 300 shows a year. His latest album, Call Me Lucky, tells tales of those travels and life on the road. Watson calls his music "Ameripolitan" to differentiate it from today's country that seems to be more suited for suburban strip malls than rural dance halls. $15, 7 p.m., Gruene Hall, 1281 Gruene Road, (877) 856-0806, gruenehall.com. — EB

Despite passing on Post Malone as a guitarist when its members were in high school, Crown the Empire managed to carve out a niche in the metalcore scene. In honor of the 10-year anniversary of its debut album, The Fallout, the band will do what seems to be expected these days: will play the sucker in full. That means the Dallas natives will let their guitars chug, synths chime and catchy choruses ring out just as they did a decade ago. $28-$30, 7 p.m., Vibes Event Center, 1223 E. Houston St., (210) 255-3833, facebook.com/VIBESEventCenter. — EB