In addition to the annual fest celebrating Tex-Mex music, local music fans can check out rock, rap and a returning jazz maestro. 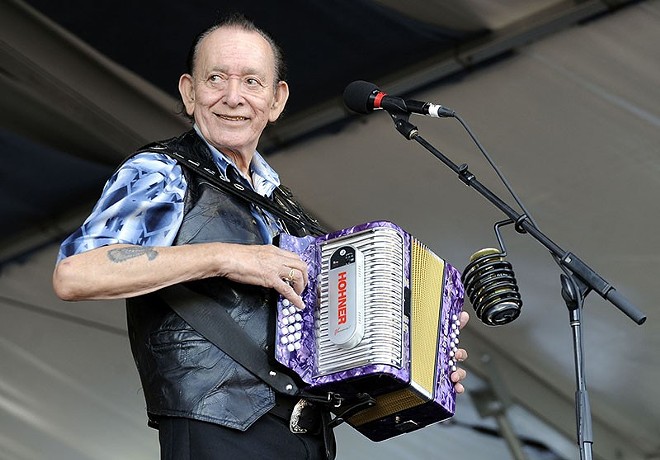 The 40th Annual Tejano Conjunto Festival should be on every San Antonio music fan's radar given its star-packed lineup and the breadth of its offerings. But it's not the only event this week that's worth a look — and a listen.

A little bit country and a little bit soulful folk, Will Hoge is holding his own in a long line of singer-songwriters traveling a similar path. Hoge has seen it all. He copped a residency in Nashville and toured with acts including the Civil Wars, Shinedown and Social Distortion, and he's released a plethora of albums via big labels and indies alike. $16-$70, 8 p.m., Sam's Burger Joint, 330 E. Grayson St., (210) 223-2830, samsburgerjoint.com. — Brianna Espinoza

Gerry Gibbs and the Thrasher People

In San Antonio "thrash" means Anthrax and Slayer, right? Well, not exactly. This gig is at Jazz, TX, so you may need to check your assumptions. The Thrasher People in question comprise the big band led by jazz drummer extraordinaire and former San Antonio resident Gerry Gibbs. His father was Terry Gibbs, the legendary vibraphonist and bandleader, which helps explain why the younger Gibbs got such an early start, going pro by 18. The drummer has performed with anyone from Alice Coltrane and Ravi Coltrane to Brad Mehldau and Parliament-Funkadelic. He also earned considerable praise for his 2021 trio recordings Songs From My Father. $15-$20, 7:30 p.m., Jazz, TX, 312 Pearl Parkway, Bldg. 6, (210) 332-9386, jazztx.com. — Mike McMahan

Americana fans might want to consider this one, which showcases two relative newcomers making waves. Vincent Neil Emerson cites influences such as Townes Van Zandt and Steve Earle and released his debut, Fried Chicken and Evil Women, in 2019. He pulls deeply from his East Texas roots, where he was raised by a single mother of Choctaw and Apache decent. John Miller, who released his debut album, Depreciated, last year, recently opened for Tyler Childers at the legendary Red Rocks Amphitheater in Colorado. $17-$20, 9 p.m., Lonesome Rose, 2114 N. St. Mary's St., (210) 455-0233, thelonesomerose.com. — MM

It's not over until Daughtry says it's over — and it's most definitely not over for the band that rose to popularity after singer Chris Daughtry landed a second-place win on American Idol. The post-grunge rock band is back on track promoting its latest album, Dearly Beloved. $39.50-$179, 7:30 p.m., Tobin Center for the Performing Arts, 100 Auditorium Circle, (210) 223-8624, tobincenter.org. — BE

A triple bill of lead singers on solo tours is headed to SA. For those who don't recognize the names above, we'll connect them to their day jobs: Anthony Green fronts Circa Survive and Saosin, Laura Jane Grace founded Against Me! and Tim Kasher sings for Cursive and the Good Life. As to be expected, all three musicians' solo work is more stripped-down. Grace even guests on Kasher's amusingly titled LP Middling Age. Green and Kasher are more associated with emo in their bands, while Grace's main outlet hews toward classic punk. $25-$30, 7 p.m., Rock Box, 1223 E. Houston St., (210) 255-3833, therockboxsa.com. — MM