Clearly, the holiday touring doldrums are behind us.

This week, San Antonio music live fans have a wealth of options from which to choose, from pop songstress Fantasia to the pairing of American music stalwarts Dave Alvin and Jimmie Dale Gilmore. Fans of psychobilly, indie-rock, throwback hip-hop and technical death metal also have shows worth seeking out.

While Minneapolis quintet Early Eyes started out with a jazz-accented approach to indie pop, it's touring behind the 2022 release Look Alive!, which appears to be a move into a more distorted and synth-driven aesthetic reminiscent of Owl City. While Early Eyes retains some of its hopeful lyrics and funky jazz roots, the new album is quite a departure from singles such as "Coffee" and "I'm Enough." "Chemicals" provides a solid bridge from previous efforts, even if the heavy use of keyboards and samples may prove a bit jarring for longtime fans. $18-$23, 8 p.m., Paper Tiger, 2410 N. St. Mary's St., papertigersatx.com. — Danny Cervantes

The Michigan-based Koffin Kats' thumping upright bass, swinging tunes and ghoulish lyrics make a great excuse to slather on the pomade and check out some of the finest psychobilly currently on offer. Expect to hear fan favorites such as "Graveyard Tree" and "The Way of the Road" — songs perfect for lovers dying to be together forever. $20, 7 p.m., Paper Tiger, 2410 N. St. Mary's St., (210) 310-5047, papertigersatx.com. — Brianna Espinoza

German technical death metal legends Defeated Sanity are fast approaching 30 years of delivering music that's as progressive as it is scorching. The band's almost jazzy sense of melody separated it from the rest of the genre while helping pave the way for other more sonically adventurous acts. Despite its continued focus on innovation, expect Defeated Sanity to deliver the brutal riffs and inhuman growls death metal fans crave. $18-$20, 7 p.m., Vibes Underground, 1223 E. Houston St., (210) 772-1443, vibeseventcenter.com. — BE

Salim Nourallah's driving but sparse "See You In Marfa," the centerpiece of a 2022 EP of the same name, feels like a Tom Petty song delivered with a West Texas accent. Recorded in collaboration with Marty Willson-Piper of Australian guitar-pop band The Church, the release is a prelude to a forthcoming full album by Nourallah that explores the dusty horizon between pop and country. Perhaps that should come as little surprise, since the singer-songwriter worked as a producer for both Old 97's and frontman Rhett Miller, whose music occupies a similar spectrum. The bill also includes Willson-Piper and his wife Olivia performing as an acoustic duo and Demitasse, the side project of local favorite Buttercup's Erik Sanden and Joe Reyes. $15, 7 p.m., The Lonesome Rose, 2114 N. St. Mary's St., (210) 455-0233, thelonesomerose.com. — DC

Dave Alvin and Jimmie Dale Gilmore with the Guilty Ones

While this duo of well-traveled roots performers delivers honky-tonk rock with a distinct country twang, don't expect any kind of Nashville pretense or bullshit. Dave Alvin got his start in back-to-basics rockers the Blasters in the '80s and before doing a stint with LA punk legends X and embarking on a critically acclaimed solo career. Gilmore is a similar journeyman guitarist and vocalist, having been part of legendary outlaw country trio the Flatlanders through the '70s and its '90s reunion. Like Alvin, he's also racked up a respected solo career. To get a taste of what these guys can do together with backing band the Guilty Ones, check them out trading verses on "Downey to Lubbock." The tune has a late-career Dylan vibe, though Alvin and Gilmore have much more traditional, though no less soulful, voices. $20-$90, 8 p.m., Sam's Burger Joint, 330 E. Grayson St., (210) 223-2830, samsburgerjoint.com. — Mike McMahan

Born Rory Allen Philip Ferreira, R.A.P. Ferreira delivers a brand of hip-hop feels like a throwback to a bygone era, when lyrics were daggers and production was far more stripped down. More poetry than swagger, Ferreira's words flow over flute and bass loops from the vinyl crates of yesteryear. Although the artist has performed under different monikers since 2011, he finally settled on he current one for the 2019 single "Respectdue" and kept it for his latest release, last year's 5 to the Eye with Stars. $12-$15, 8 p.m., 502 Bar, 502 Embassy Oaks, Suite 138, (210) 257-8125, 502bar.com. — DC 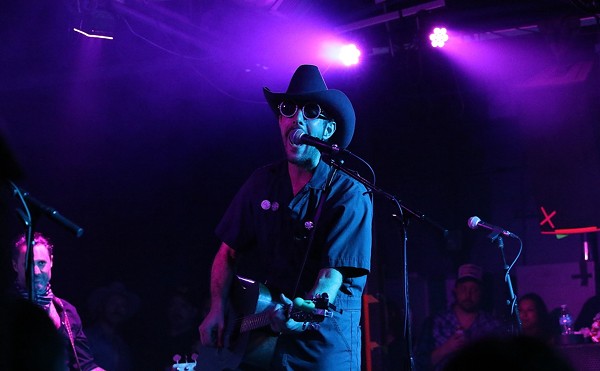 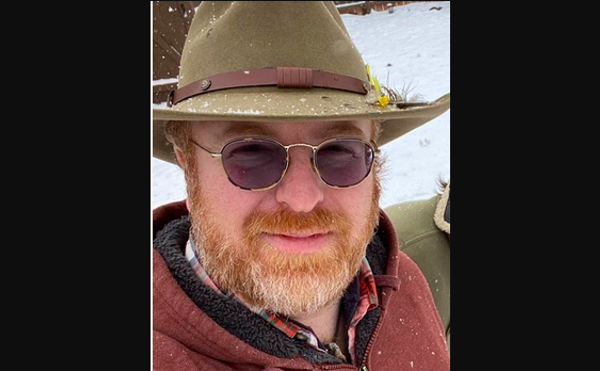