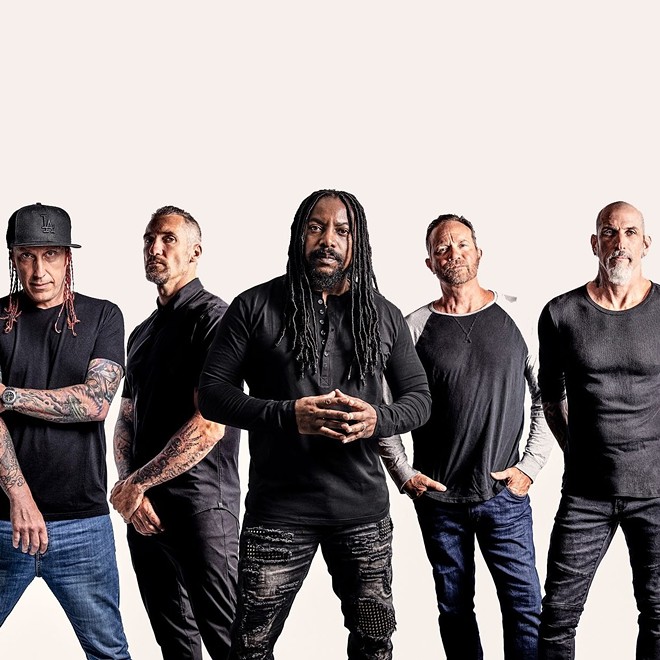 Whether your tastes run to quirky pop, party rock with an international flair, nu-metal, electronica or the Beatles, local venues have an option likely to satisfy. Hell, why not fit in a little of everything?

Knuckle Puck, Broadside, The Home Team
It can be interesting to see bands that once had songs filled with stage dive-worthy bangers tone it down for a more “mature” sound. To that end, Knuckle Puck left its pop-punk roots in the mid-2010s to focus on a more accessible approach to songwriting. Fellow pop-rock acts Broadside and The Home Team kick off the show. $23, 7 p.m., Paper Tiger, 2410 N. St. Mary’s St., papertigersatx.com. — Enrique Bonilla

Gin Blossoms, Last Bandoleros
Though the Gin Blossoms already played its debut album New Miserable Experience in its entirety during its last SA appearance, this tour celebrates the 30th anniversary of that LP, so expect the boys to give it one more full performance. Everyone knows the alt-rockers’ hit “Hey Jealousy,” but album opener “Lost Horizons” is one of those tunes that coulda shoulda been a smash. Hearing it live may be worth the price of admission. Openers the Last Bandoleros will debut their new trio configuration. $25-$139, 8 p.m., Aztec Theater, 104 N. St. Mary’s St., (210) 812-4355, theaztectheatre.com. — Mike McMahan

Paul Cherry
Happy vintage sounds exude from Paul Cherry’s being like he was born in the wrong era. Who knows, maybe he even exited the womb as a quirky-looking man with a mustache and a penchant for crafting clever indie pop with a ’70s flair. $15, 8 p.m., Paper Tiger, 2410 N. St. Mary’s St., papertigersatx.com. — Brianna Espinoza

Igor and Red Elvises
Led by vocalist-guitarist Igor Yuzov, Red Elvises have staked out a unique musical profile by combining traditional Russian sounds, a party atmosphere and an excess of disco style. Working the road tirelessly since the mid-’90s, the mostly Russian American group continues to draw fans thanks to a border-transcending energy and oddball songs like “I Want My Honda Back.” $12-$50, 8:30 p.m., Sam’s Burger Joint, 330 E. Grayson St., (210) 223-2830, samsburgerjoint.com. — BE

Gary Numan
Numan’s late-’70s work with Tubeway Army broke ground by combining synthesizers with harder-edged guitar rock. As a solo artist, he scored a megahit with “Cars” and released a string of albums that combined synthetic sounds with clever hooks and a deadpan delivery. Decades later, he’s still making electronic music that sounds like it could be equally at home on an action movie soundtrack or on a new Nine Inch Nails album. $30-$58, 8 p.m., Aztec Theatre, 104 N. St. Marys St., (210) 812-4355, theaztectheatre.com. — BE

Navaira Brothers
Fulfilling their lifelong dream of “being Ed and Al,” San Antonio-reared brothers Emilio IV and Diego Navaira will debut their Van Halen tribute act. Emilio will hold down the drum kit as he does in Last Bandoleros, though Diego will jump to six-string for the fireworks. Free, 9 p.m., 502 Bar, 502 Embassy Oaks, #138, (210) 257-8125, 502bar.com. — MM

Hippie Sabotage
Electronic music duo Hippie Sabotage had a huge YouTube hit with a remix of “Habits (Stay High).” Perhaps it was the 924 million views on that one that helped the pair earn spots at festivals from Bonnaroo to Lollapalooza to Electric Zoo. As the LA Weekly noted, Hippie Sabotage is “all about love, though not necessarily peace.” $30, Paper Tiger, 9 p.m., 2410 N. St. Mary’s St., papertigersatx.com. — MM

YOSA Presents Sgt. Pepper’s Live
One of the most influential and best-selling albums of all time, the Beatles’ Sgt. Pepper’s Lonely Hearts Club Band, comes to life in an epic performance featuring the Youth Orchestras of San Antonio and a rock supergroup that includes Joe Reyes, Chris Maddin and the Navaira brothers. Beatles fans, it’s time to shine and sing along to classics like “Lucy in the Sky with Diamonds.” $25-$60, 8 p.m., Tobin Center, 100 Auditorium Circle, (210) 223-8624, tobincenter.org. — BE