A rock-heavy week awaits local music fans — with options in a variety of subgenres. 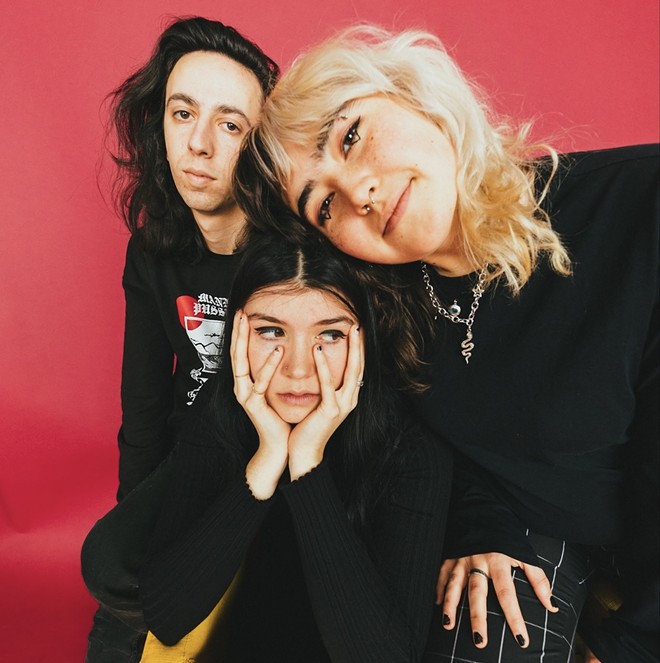 San Antonio rock fans will be able to partake in their favorite genre this week — in multitude of its ever-expanding varieties.

And all that's before we get to the hard-rock, stoner-rock, pop-rock and acoustic-rock options. Read on, rockers.

Failure's most recent release Wild Type Droid is said to mark the end of its space-themed alt-rock sound. Formed in Los Angeles in the early '90s, the band rose to acclaim with the 1996 release Fantastic Planet. Shortly after, the group contributed a guitar-forward cover of Depeche Mode's "Enjoy the Silence" that was said to be the preferred version by one of the synth-pop act's founding members, Andy Fletcher, who died last month. $22-$25, 8 p.m., Paper Tiger, 2410 N. St. Mary's St., papertigersatx.com. — Danny Cervantes

Although local mainstay Joe Reyes is all over the musical map, this summer evening set will highlight his solo acoustic work. Reyes made a mark nationally as half of the flamenco duo Lara & Reyes. Since then, he's been a member of quirky art rockers Buttercup as well as the offshoot Demitasse, both featuring local singer-songwriter Erik Sanden. Free, 6:30 p.m., The Cove, 606 W. Cypress St., (210) 227-2683, thecove.us. — Mike McMahan

If you looked up "ubiquitous 1997 pop music," along with the Spice Girls, Third Eye Blind and the Notorious B.I.G., you'd likely find Sister Hazel, whose "All For You" was damned near inescapable that year. After forming in Gainesville, Florida in 1993, the group hit it big with Universal's re-release of ...Somewhere More Familiar. More than 20 years later, the band continues to release new material, supported by the loyal following of its "Hazelnuts." Zach Walther opens. $25-$30, 8 p.m., Sam's Burger Joint, 330 E. Grayson St., (210) 223-2830, samsburgerjoint.com. — DC

The Alamo City's Mourning Sun delivers a fiery form of metalcore that's won a following thanks to the band's hard gigging. Established in 2017, Mourning Sun released the five-track EP Therapy Sessions the same year. Since then, it's racked up countless shows around the state with high-profile metal acts including The Devil Wears Prada, The Plot In You and Like Moths to Flames. $10-$15, 6 p.m., Rock Box, 1223 E. Houston St., (210) 772-1453, therockboxsa.com. — DC

Dallas-based heavy rock trio Mothership has been riffing and tripping for more than a decade now. In addition to this Alamo City stop, the band is playing shows with sludge pioneers Crowbar later this month and will do two sets at metal-and-more fest Psycho Las Vegas. All to be expected, given the band's rep for searing live shows dripping with fuzzed-out, mind-melting rock. The bill is rounded out by fellow riff wranglers High Desert Queen, Bastardane and Red Beard Wall. $8, Amp Room, 2407 N. St. Mary's, (210) 320-2122, theamproom.com. — Enrique Bonilla

Wildermiss may have the veneer of hippie-dippy indie pop, but enough heartfelt moments emerge throughout its catalog to suggest the band doesn't see everything as sunshine and rainbows. The group hails from the legal weed mecca of Colorado, which may explain why their songs are so upbeat. Striving to make their music videos as quirky as they are, the band even recorded their traveling live show on the back of a trailer attached to a pickup truck. Free with RSVP, 9:30 p.m., The Rustic, 17619 La Cantera Parkway, Suite 204, (210) 245-7500, therustic.com. — Brianna Espinoza

Just because they're a female-fronted act with raging songs about not being what society expects them to be, don't pigeonhole Destroy Boys as a riot grrrl band. Don't even let their name fool you into that. These youngsters are just trying to get through life without being the constant subject of the male gaze, and they're determined to tell everyone how they really feel over buzzsaw punk guitars. $17-$19, 8 p.m., Rock Box, 1223 E. Houston St., (210) 772-1453, therockboxsa.com. — BE

Rings of Saturn, Extortionist and more

Bay Area technical deathcore outfit Rings of Saturn is making an SA stop on the second date of its month-long C¥ber $hred Tour. The band is also hot off a remake of its ground-shattering 2010 debut release Embryonic Anomaly, which propelled it to the front of the extreme metal pack. For more than 13 years, Rings of Saturn has toured extensively and landed releases in the Billboard Top 100 — no small feat for any act but especially for one playing such punishing music. Extortionist, Distinguish, Loser and Matt Miller kick off the show. $20-$22, 6:30 p.m., Vibes Underground, 1223 E. Houston St., (210) 255-3833, facebook.com/vibeseventcenter. — EB

San Antonio hard rockers Nothing More are making their second-to-last stop in a 27-date tour in their hometown. The band turned 20 this year and may be racking up its biggest year yet, which includes a headlining tour with Atreyu and Eva Under Fire as openers. The group also released two singles that are buzzing in the alternative scene right now. $36-$61, 6:35 p.m., Tech Port Arena, 3331 General Hudnell Drive, (210) 600-3699, techportcenter.com. — EB

Ahead of its San Antonio show, LA trio Failure talks about how it can't escape from space rock