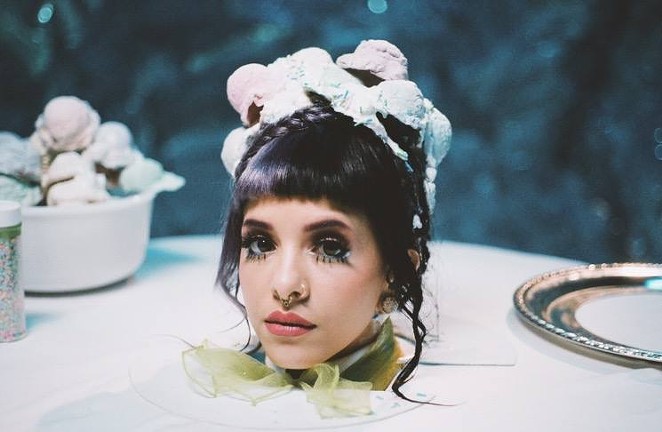 Image via Facebook (Melanie Martinez)
Basic cable connoisseurs will remember Melanie Martinez as the high school student who freaked out America when she secured a spot for herself on NBC's The Voice a few years ago. After impressing the show's celebrity judges with a cover of "Toxic" – Britney Spears' sleazy hit off 2003's Zone – the spunky teen shot to stardom under the knowing tutelage of Maroon 5's Adam Levine. Since then, Martinez has recorded a smattering of singles and released her first full-length album, Cry Baby. Although the album proved to be commercially successful, we still see the manic pixie singer push boundaries in bubblegum bloodbaths likes "Pity Party." Let loose and get freaky with Melanie Martinez at the Aztec Theater. 8pm, $65-160, Aztec Theater, 104 N. Saint Mary's