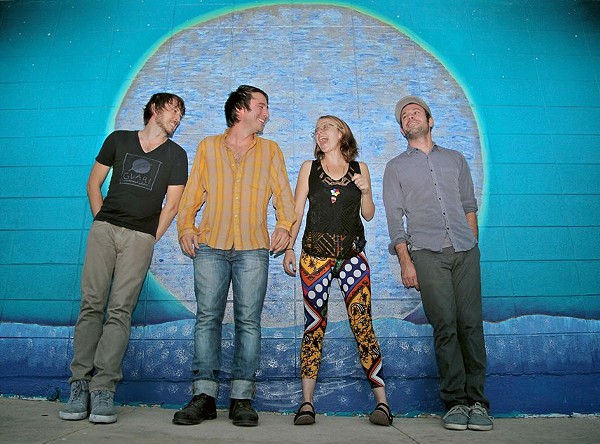 Image via Facebook (The Deer/Tim Severson)
Emily Dickinson famously wrote that a wounded deer always leaps the highest. As graceful as the anatomy of their animal namesake suggests, the Deer are a sensitive gang of four known around Austin for creating powerful and feminine works of orchestral folk rock. (Imagine that Florence and the Machine borrowed some of Cat Power's quiet drama.) Balancing a sprawling vocal section with enough room for introspection, San Antonio's Foreign Arm matches the Deer with immaculate indie instrumentation that resembles contemporary outfits such as the Lumineers and Ed Sheeran. 8pm, $7, Paper Tiger, 2124 N. Saint Mary's St.