Melina Narezo Reinvents Herself and Wins 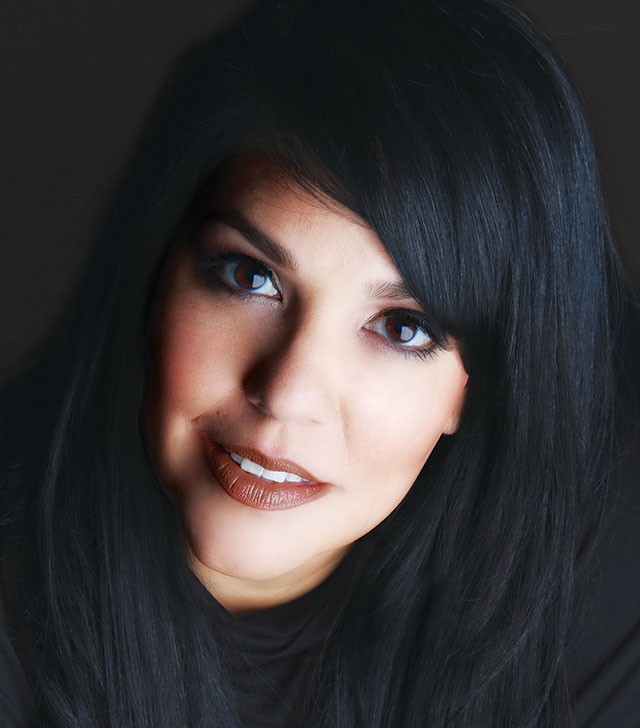 “To give you all my love is all I want,” sings Melina Narezo on “Anything You Want,” included in her impressive debut, Melina. She didn’t just give us love: she prepared for it.

Tired of battling against her weight, on August 24 of last year she went through a sleeve gastrectomy operation that changed her appearance and improved her already powerful vocal skills.

“Surgery was a major decision in my life,” she told the Current. “People always told me 'size doesn’t matter,' that I had a beautiful voice, and I really appreciated that. But I wasn’t happy that way and now I can hit notes I struggled to hit before.”

Boy, does she hit them.

If you saw her at the recently closed Tony Parker’s Nueve Lounge (where hers was the house band), you probably already fell in love with her voice, at once tender and thunderous. What you saw then, and what you will mostly see at her shows Friday and Saturday, is a cover-heavy version of Narezo that includes classics like “Killing Me Softly” (the Fugees’ version) and Fleetwood Mac’s “Rihannon.” Yet she’s at her best when she sings her own songs. Why doesn’t she beat the I-need-to-sing-covers-in-order-to-make-a-living myth and go for it? She’s got the songs, the voice and the band.

“I never wanted to record my original music because I was afraid of what it would come out like,” she said. “I was afraid people wouldn’t like it or that it wouldn’t be good enough. But then, something clicked. ‘What do I have to lose?’ I asked myself. ‘What am I waiting for?’ I decided to just do it and use real musicians and real instruments, that old school feel with a horn section.”

No horns for this weekend’s shows, but her smaller band includes Ralph Sáenz on guitar, Steve Roth on bass and Nathaniel Crawford III on drums. She will throw in two or three originals and maybe one unreleased new song. Expect a night of jazzy R&B and get ready: her next album should be even better than the first.

“I was a nervous wreck for the first one, but I’m much more relaxed for the next one,” she said. “I’m already writing it. To be able to create and perform my music is a dream come true, and I can’t wait to see what is to come.”