Memory of a Melody: Things That Make You Scream 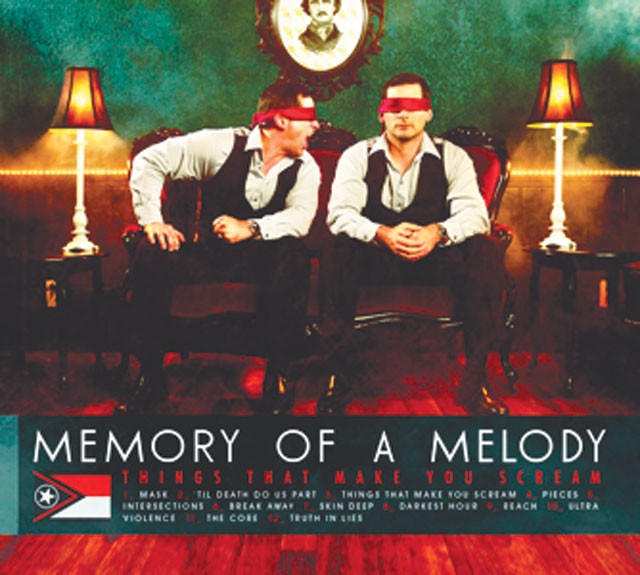 San Antonio has never had a dearth of talent, but few bands have possessed the potential to break into national or international consciousness the way Memory of a Melody does. Scream, their debut full-length, is a demonstration of how a band that is obviously influenced by mainstream happenings in rock music can take a cue from the radio bands without sacrificing their own identity. Though Memory of a Melody scores few points towards the evolution of rock music, they masterfully attack the blandness of modern radio-rock with a drive and ferity not unlike Killswitch Engage or All That Remains. The result pummels, thrashes, and (pardon the expression) is so engaging that, in a just world, this would be huge on 99.5 KISS. It's also worth mentioning that the design and packaging on the physical CD is among the best I've ever seen on a self-release, on par with Autocratopolis, by the Dallas band Urizen. In terms of both musical and visual quality, Things That Make You Scream easily smokes most major-label releases. Catch the CD release party at Backstage Live (1305 E Houston) on November 11 with Nothing More, Our Waking Hour, and Dance Like Robots.