The closest the tour will get to the Alamo City is Arlington's AT&T Stadium. 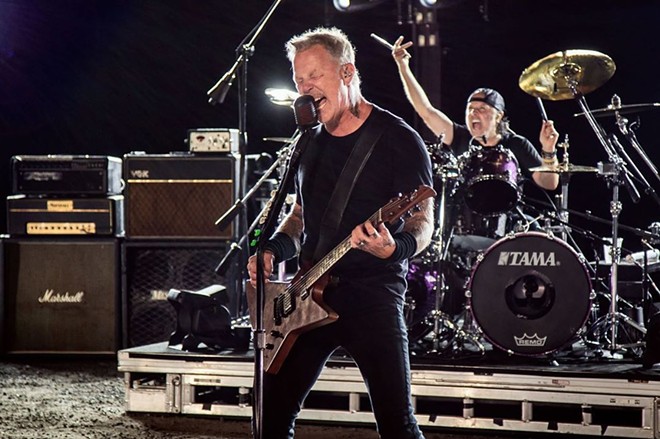 Instagram / @Metallica
Metallica's James Hetfield growls it out during a performance.
Metallica will give the Heavy Metal Capital of the World a skip on its latest tour.

The metal superstars on Monday announced a new set of road dates during which Arlington, Texas, is the closest it will come to San Antonio. The band is conducting its M72 tour in support of a new album, 72 Seasons, which is slated for an April release.

The tour will feature Metallica playing two shows each in 21 cities —  and four in Mexico City. The band promises to perform in the round when it's able and plans not to do the same set list twice during each two-night stand.

Those willing to road trip to North Texas will want to keep Aug. 18 and 20 clear — that's when the band will play Arlington's AT&T Stadium. Support on the first show will be Pantera and Mammoth WVH, while Five Finger Death Punch and Ice Nine Kills will open the second.

Tickets for access to both nights go on sale at 10 a.m. on Friday through Ticketmaster. Tickets for individual nights will be available starting Jan. 20.