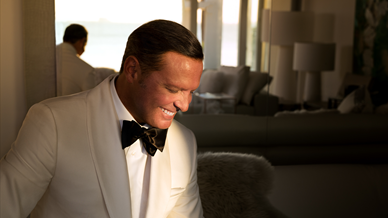 Courtesy of Luis Miguel
Luis Miguel, an icon in the Latin music industry, announced the cities he will be stopping at for the North American leg of his ¡México Por Siempre! Tour, according to a press release.

The tour, which is named for Miguel's most recent studio album that has gone double platinum, will kick off on May 4 in San Diego, according to a press release. Although the Mexican singer will perform in Dallas, Laredo and Houston in late May, Miguel won't stop by the AT&T Center until Thursday, August 30.

Miguel's voice has enabled him to take on a number of genres – ranging from pop and bolero to mariachi and big band tunes. He's released 33 albums throughout his 36-year career, selling millions of albums worldwide. Miguel is a 6-time Grammy Winner and has a star on the Hollywood Walk of Fame.

29 events 242 articles
Get our top picks for the best events in San Antonio every Thursday morning. Sign up for our Events Newsletter.