Pink Martini sounds like the band that’s playing in the background at literally every party James Bond goes to when he’s looking for the girl or the villain...or both. Founded in 1994 by Thomas Lauderdale in Portland, Oregon, Pink Martini blends a mix of pop-jazz, lounge, and Latin music that feels, at times, both contemporary and vintage. The mini orchestra was originally started as response to the terrible music Lauderdale would hear at fundraising events when he was working in politics. 7:30pm, $32.50+, The Tobin Center For The Performing Arts, 100 Auditorium Cir.

Formed in the dusty streets of Los Angeles in 2008., Chicano Batman blend elements of soul, psychedelic rock and Brazilian Tropicalia for a weird but grooving old-school sound that’s both familiar and new. Drawing some more attention after opening for Jack White on a few tour dates and playing Coachella, this LA four-piece is definitely a must-see for fans of weird, soulful dance music. With Sad Girl, 7pm, $12, Paper Tiger, 2410 N. St. Mary’s St. 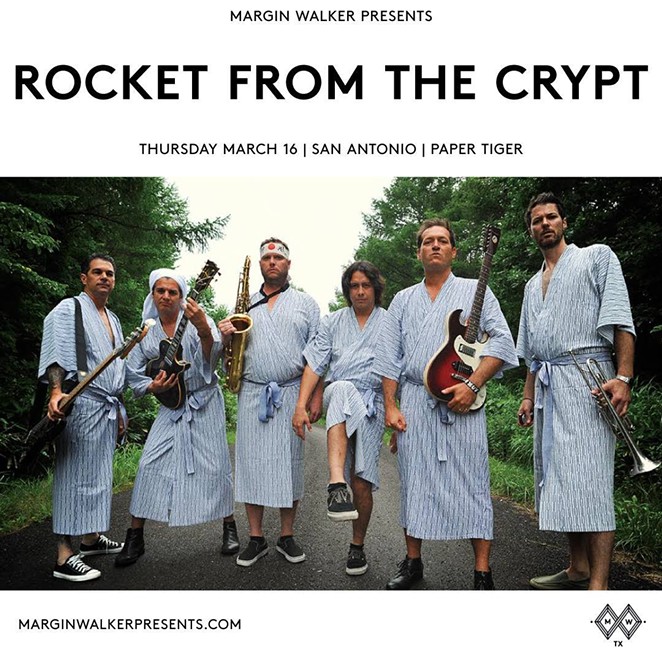 At times they’re straightforward Minor Threat-inspired hardcore punk, other times they sound like the weirdo acid-punk of Austin circa 1990. Whatever comparisons they draw, though, there really aren’t many bands that sound like Rocket From The Crypt. Even after adding a trumpet player and saxophonist, this San Diego superband somehow manage to eschew anything resembling ska. 8pm, $25, Paper Tiger, 2410 N. St. Mary’s St.

If you haven’t exactly caught the country music bug, Kelsey Waldon is kind of the perfect introduction to the genre, considering the singer-songwriter’s sound is relatively contemporary but still manages to incorporate elements of Americana and folk. Writing and playing music like she’s been alive for 100 years and experienced the bedrock of every human emotion, Waldon’s songwriting is as powerful as it is raw and authentic. With DT Buffkin, $5, 9pm, The Squeezebox, 2806 N. St. Mary’s St. 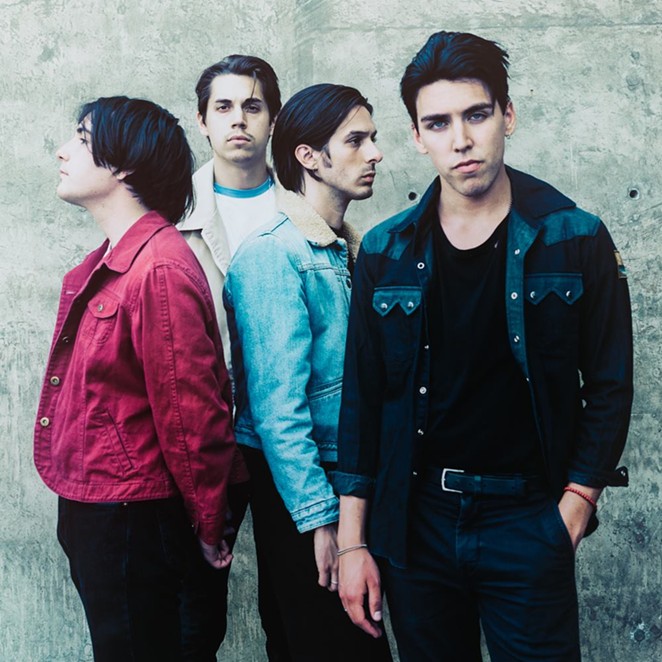 Within the first fifteen seconds of "Cardiac Arrest" by Bad Suns, we guarantee you’ll be dancing at your office desk or car or wherever. You know how sometimes you hear a new band and think, “Ugh, these guys sound like this other band that’s out right now”? Well, Bad Suns isn’t that band. Straight up indie pop with 80s overtones and bass grooves that’ll make you wanna slap somebody, this Los Angeles quartet is taking real pop music to heights it hasn’t seen in a minute. With From Indian Lakes, 8pm, $18, Paper Tiger, 2410 N. St. Mary’s St.

In a time slightly after after the rise and fall of DC hardcore punk, sometime before the days of sideswiped hair and scene kids, Darkest Hour emerged onto the extreme metal community. Formed in 1995, this Washington D.C. five piece were one of the first bands to fuse hardcore punk and thrash metal before there even was a name for a genre that would eventually be called “metalcore”. With Ringworm, Tombs, Rivers Of Nihil, 7pm, $18-$20, The Korova, 107 E. Martin St.

Born and raised in New York City, Pharmakon, born Margaret Chardiet, has been instrumental in shaping the underground experimental noise scene that exists today. Chardiet creates avant garde electronic compositions that are both violent and ethereal, with noises like distorted screams and looping soundscapes. Come experience an artist who’s been carving out her place in the experimental noise and power-electronics scene for much of the past decade. With Institute, Sex Ray Vision, 7pm, $10, Paper Tiger, 2410 N. St. Mary’s St. 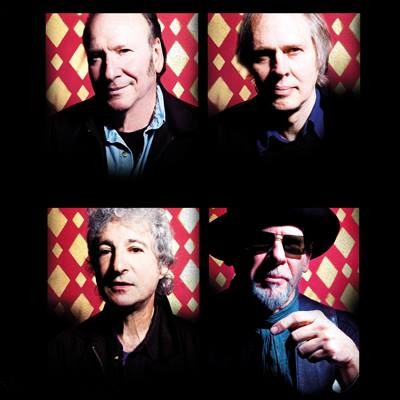 Five years in the making, Burger Records Hangover Fest has and will continue to be a greasy good time for those in search of the best punk and garage bands bursting onto the scene. Set to headline this year’s fest is none other than the former CBGB’s staple Television, a 70s-era rock band whose music would inspire and shape the landscape of punk rock. $40, 1pm, Paper Tiger, 2410 N. St. Mary’s St.