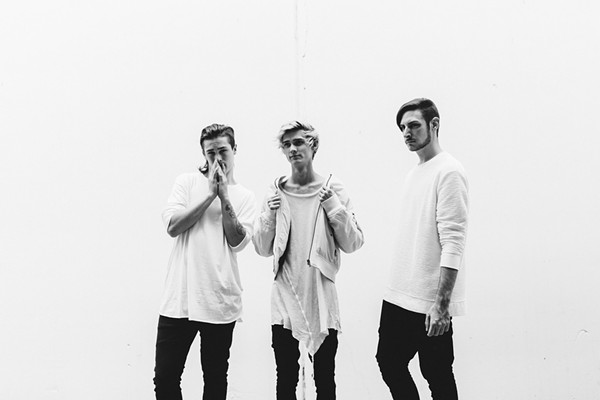 
Polyphia sounds like the song playing in the background during the flying level in every video game ever. Distorted, poppy, jazzy, metal guitar riffs accompany technical drumming to produce a sound that is half hilarious, half awe-inspiring and 100 percent goofy. Still considered part of the “djent” movement, even though the band isn’t quite as heavy as groups like Periphery or Born Of Osiris, Polyphia explore the outlier realms of jazz and metal for a unique brand of technical prog-rock that’s been fascinating listeners since 2010. Consisting of three 23 year olds, on tour with a new single entitled "LIT,"  this young Dallas trio are proving that prog-rock isn’t necessarily for dads in Rush T-shirts anymore. On tour with Jason Richardson from Chelsea Grin, who also happened to shred a ridiculously technical guitar solo on the track "Aviator," Periphery is definitely a band worth watching in the years to come. With Jason Richardson, Covet, 6pm, $13 Paper Tiger, 2410 N. St. Mary's St. 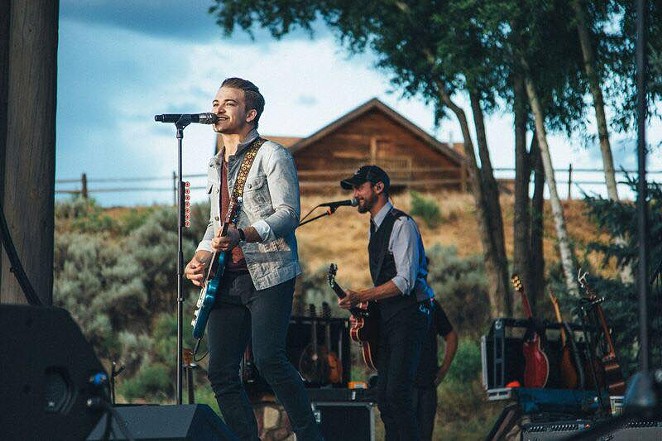 
It’s not everyday a 7-year-old receives an invitation from the White House to play music for the President. But that’s just what happened to country singer-songwriter Hunter Hayes in 1999 when former President Bill Clinton invited the young performer to play at a White House lawn party. A few TV appearances later, including Maury and The Rosie O’Donnell Show, Hayes moved to Nashville to write songs for other country artists and begin working on his self-titled debut album which he co-produced, co-wrote and on which played every instrument. Though his sound is definitely poppy, an attentive listener can hear the raw talent and musicianship of Hayes as he somehow manages to take straight-forward country-pop songs and add just the right amount of flair to keep a non-country fan interested. From charming audiences as a child accordionist to growing into a seriously talented singer-songwriter, Hayes is a proven example that doing what you loved when you were young is sometimes actually the best career choice. 8pm, $35-$49.50, Aztec Theatre, 104 N. St. Mary’s St.


If “25 Or 6 To 4” doesn’t get you shakin’ your tail feather, rock and roll just might not be for you — or at least the Chicago brand of rock. In a 2009 interview, founding Chicago member David Lamm said, “Some of the guys in Earth, Wind & Fire said to me, ‘I know you were doing acid when you wrote that song!” (He also denied that acid had anything to do with it.) A song about writing a song, “25 Or 6 To 4” showed up on the eponymously named album Chicago, (sometimes referred to as Chicago II) after the band was forced to shorten their name from Chicago Transit Authority to simply Chicago. Starting out as the opening act for rock and roll legends Jimi Hendrix and Janis Joplin, Chicago rose to fame through the 1970s with their blend of jazz fusion and rock that would eventually earn them a position in the Rock and Roll Hall of Fame. With nearly a half century of shows under their belt, Chicago remains one of the longest-running rock and roll acts in the history of the genre. With JD & The Straight Shot, 8pm, $48-$88, Majestic Theatre, 224 E. Houston St. 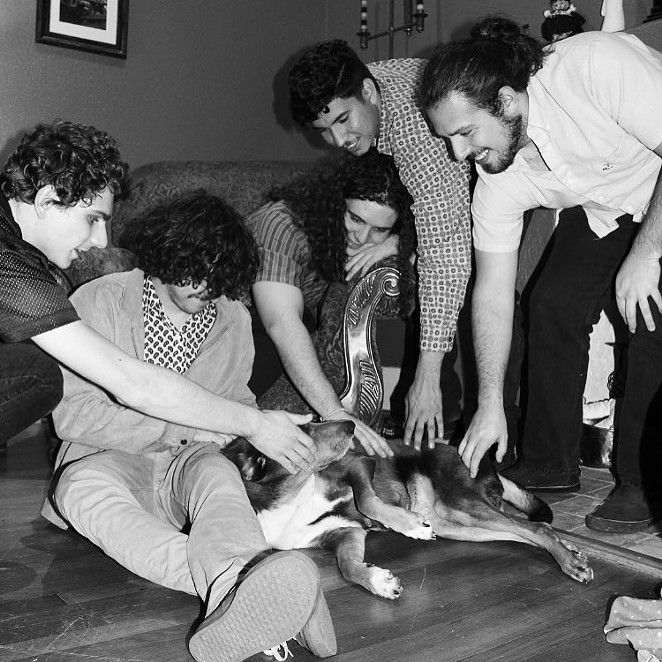 
Back from playing a few shows at this year’s South By Southwest festival, San Antonio’s psychedelic rock group True Indigo are releasing their first full length album I Saw Purple. We know what you might be thinking: another pscyhe rock group in San Antonio? Well, not exactly. True Indigo’s members have been active in the San Antonio rock scene for years, meaning the band is more a convergence of the bluesy-garage trio Crown and indie-psychers Pscyhosoma. On the opening track “Golden Sands,” the band pulls listeners through a kaleidoscope of juicy reverberating guitars and hard hitting drums for a shimmering 9 minutes of '60s-inspired psychedelia. This ain’t your average local band by far, and if I Saw Purple is any indication of what’s to come, we’re certainly excited to watch this band grow. With Flower Jesus, Saigon Sinners, 9pm, $6, K23 Gallery, 704 Fredericksburg Rd. 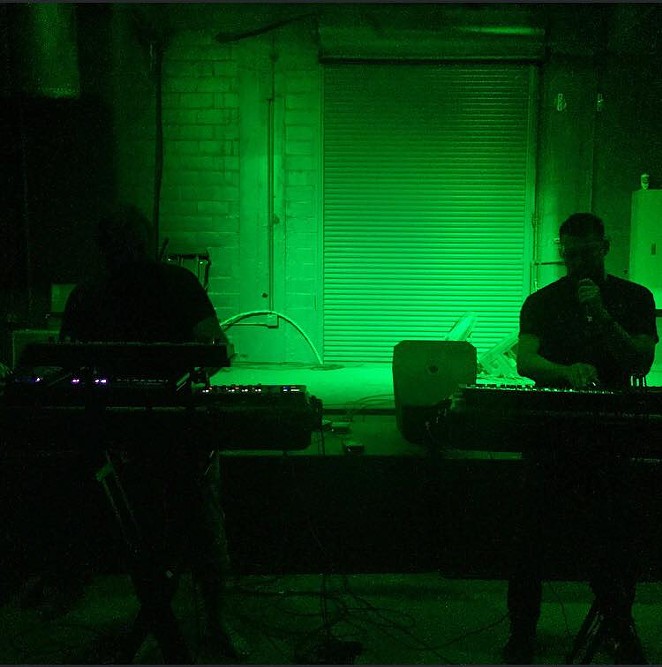 
After suffering a hit that required Bottom Bracket Social Club to close its doors for a few months, the beloved hip haven is back with a gnarly bill that you definitely want to check out — especially if you're curious about venturing into the underbelly of dark, noisy local music. Opening the night is the chunky synth composer duo Massiver, who, with a blend of atmospheric drone and crushing keyboards, create walls of beautiful distorted sound. Also on the bill is throwback industrial artist Mutant, who use VHS tape sounds and vintage electronics to score soundtracks fit for the dystopian future (think Nine Inch Nails circa 1989). And finally, closing out the night, is Filthy, a seriously good  blast from the icy cold past of 80s dark wave and post punk, with punching electronic drums and gloomy guitar. Meaning it's gonna get like The Lost Boys soundtrack up in there. Pro tip: Wear black. 10pm, Free, Bottom Bracket Social Club, 1603 N. Colorado St. 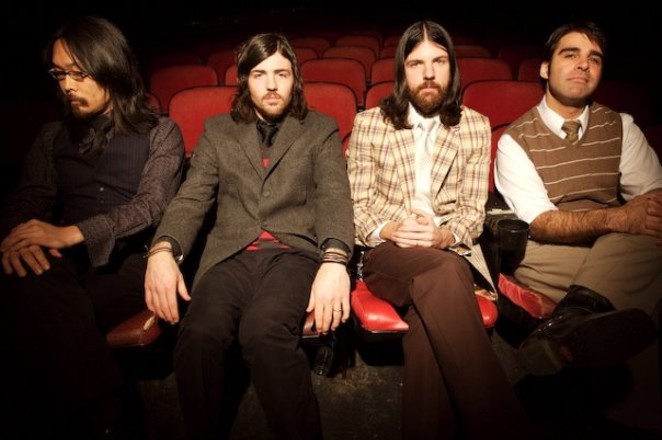 
"It is with our sincerest apologies that I write to inform you of the following: Scott has the flu. We would love nothing more than to be in Louisiana and Texas over these next few days to play and sing with you, but he is down for the count. We know a lot of you have made great efforts to be at these shows, and we are truly sympathetic to any inconvenience this unfortunate change of plans causes you. We will do our very best to reschedule these performances and will give you further details as soon as we can. Please hold on to your tickets, as they will be honored for the new dates. If you are unable to attend the rescheduled shows, refunds will be issued at point of purchase. If you purchased through Songkick during our fan pre-sale, you will receive an email with further information.

Peace and love to you all, and thank you kindly for your time, consideration, and understanding... 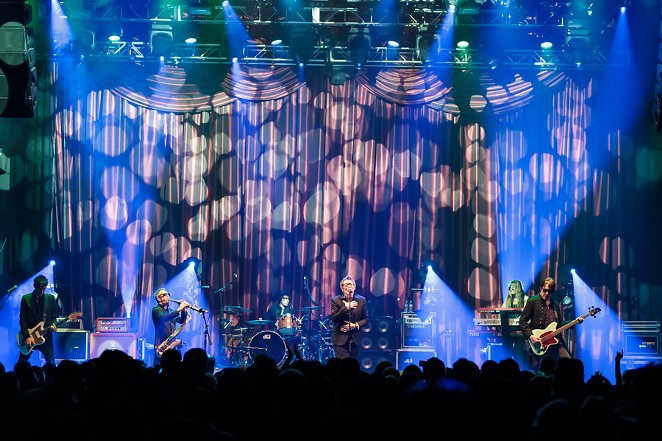 Were you a high schooler in the '80s with rich parents and a social life full of hella dramatic mischief that would always resolve itself in a clean 96 minutes? Probably not — but whatever scenario the characters in all those John Hughes movies found themselves in, the soundtrack that scored said drama was usually pretty amazing. So go figure Hughes would name one of his signature films, Pretty In Pink, after one of the main shapers of that definitive '80s post-punk sound: The Psychedelic Furs. While they formed alongside new-wave counterparts like Echo and The Bunnymen and Modern English, the Furs still carved out their a distinct sound, incorporating hints of moody Cure- and Smiths-like indie pop and rock. Today, they remain a stellar example of that special, eclectic fusion embodied in so much of the '80s aesthetic. With Robyn Hitchcock, 7pm, $27, Paper Tiger, 2410 N. St. Mary's St. 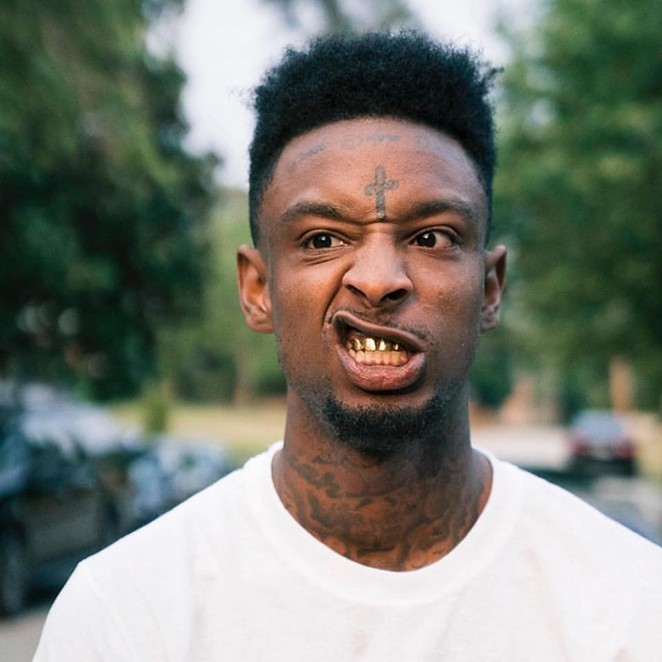 
Processing his life experiences through stumbling trap beats and visually brutal lyrics that might shock listeners not exactly ready for, say, a story about shooting up some dude's mom's house, 21 Savage's persona isn't exactly an act. In an interview with Hip Hops Revival, 21 Savage, born Shayaa Bin Abraham-Joseph, revealed he was expelled from middle school after the young rapper brought a 55 caliber handgun to class. Born and raised in Atlanta, Georgia, Abraham-Joseph's vibe is reminiscent of the rise of the mid 90s gangsta-rap era that many rappers in the rap sub-genre Trap are falling into these days. Spitting lyrically violent verses with the calmness of ordering a cheeseburger at a drive-thru, Abraham-Joseph plays an important role in music as his autobiographical lyrics document the gritty underside and challenges of growing up an underprivileged American youth. With Young M.A., Young Nudy, Tee Grizzley, 8pm, $29, Aztec Theatre, 104 N. St. Mary's St.
Scroll to read more Music Stories & Interviews articles