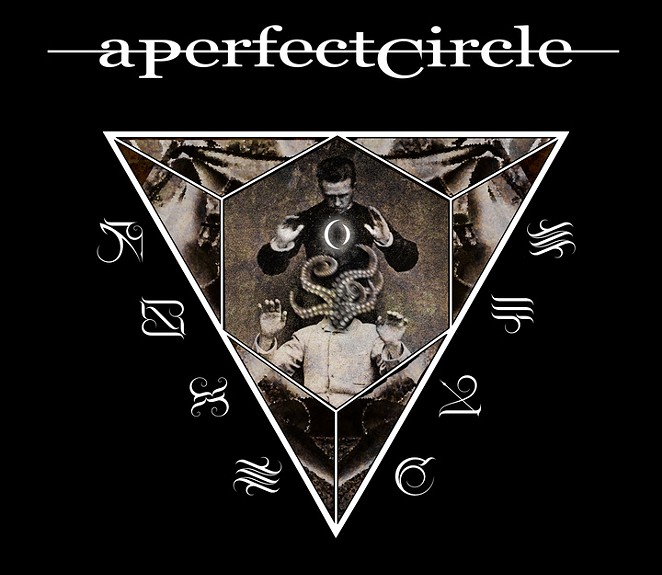 Nu-metal prog rockers A Perfect Circle are back on the road and have announced a new record that’s supposedly due out sometime this year. The last song they released was “By and Down” back in 2013, but it’s been about 13 years since they’ve released a full album, even longer for an album that wasn’t full of cover songs. But apparently this newest venture has been in the works for years. Founding member and lead guitarist Billy Howerdel was actually a guitar tech for several bands, including Tool, which is how he got linked up with singer Maynard James Keenan and eventually started A Perfect Circle. In a recent interview with the Salt Lake Tribune, Howerdel said he’s been sending music to Keenan for years. Go figure Keenan’s busy – in addition to his roles in A Perfect Circle and Tool, he’s also got his own side project Puscifer, a winery, and a family to attend to. Basically: touring is kind of a rare occasion. Touring and the possibility of hearing new tracks? That, my dears, could make this a special show for longtime APC and Maynard fans. With Prayers, from $37.50, Freeman Coliseum, 3201 E. Houston St. – Chris Conde