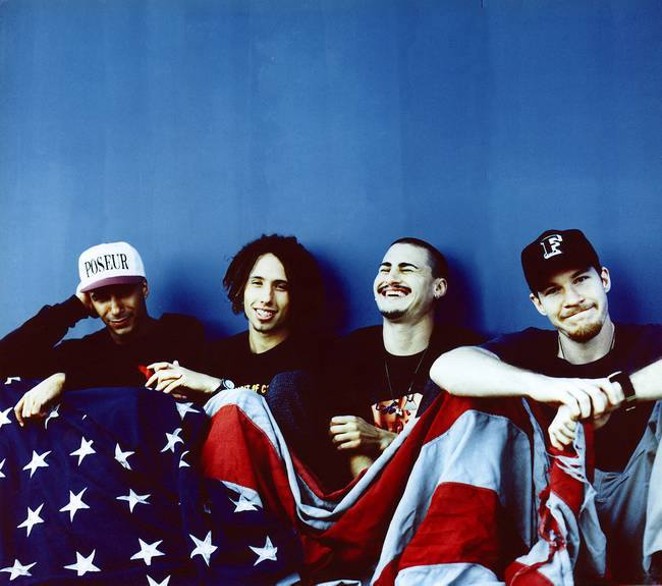 Considering the divisive political climate we're in, now seems like the perfect time for Rage Against the Machine to return to the stage.


Yesterday, the politically charged rock band posted a photo of protestors in Chile on its Instagram and shared a handful of concert dates underneath. March 26 in El Paso was one of them.

Chile is not messing around. USA NEXT? (Repost @war_within_a_breath)


According to Forbes, the dates are indeed tour stops, and the group also will be headlining mega-festival Coachella.

Rage Against the Machine formed in '91 and became known for energetic live shows, left-leaning lyrics and a heavy, often hip-hop-infused sound. Since the early-2000s, the band has only played a sprinkling of shows. Its last was in 2011 at the Los Angeles Coliseum.


We're guessing some San Antonians are already planning to head to El Paso next year. Anyone down to caravan?