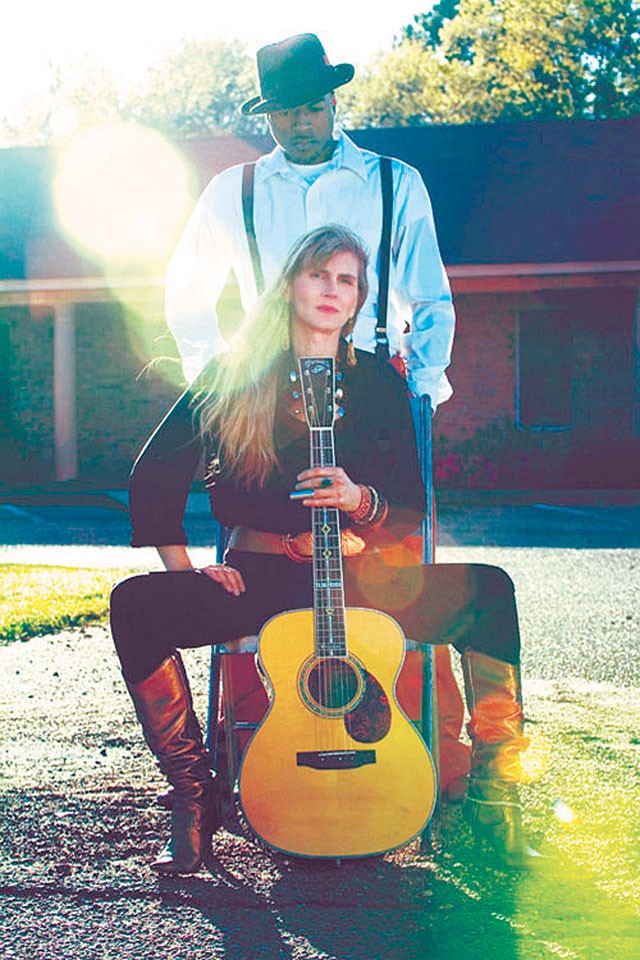 "In 1964 I first heard Robert Johnson," Rory Block told the Current. "I was 14 in 1964, and I immediately felt that he was the greatest blues genius I had ever heard."

Little did she know than in 2003, while recording The Lady and Mr. Johnson (a tribute album released in 2006), she would get a phone call from someone who said Johnson's grandson wanted to speak to her.

"This was a complete shock to me," she said. "It was so emotional that I was shaking. I felt like, what will I say? It was like it was a blues god. And so I dialed the phone, and I was totally nervous. And this beautiful voice answers in Crystal Springs, Mississippi. I had nothing scripted, but I simply said 'You don't know me, but to me, you're family… I feel like I'm meeting long lost kin.'"

She would eventually meet with Claud Johnson (Johnson's son), and other relatives, and quickly earned praise from Johnson's descendants.

"Rory Block should have a Doctorate in my grandfather's music," said Steven Johnson, Robert's grandson. "When I hear Rory Block's music, it's as if my grandfather is here all over again," said Greg, another grandson. Pictures of Block with Johnson's family can be seen on her website, and in her fiery live performances and recordings Block herself becomes a powerhouse closely resembling the master's style. Even though she possesses an incredible voice that is all her own, her musical style is so close to that of Johnson that the five-time Blues Music Awards winner hasn't escaped some criticism.

"It makes no sense to me when people say, 'Well, why don't you just do your own thing? Why do you do it the way Robert Johnson did it? Why do you try to do his arrangements the way he played them?" she said. "And I go, 'Well, you have to understand, Robert Johnson is classical music. This is the top of the tower. Nobody is ever going to be Robert Johnson, but it's good to try.' The great classic painters copied the masters' paintings for years and years before they developed their own style, and that was assumed to be a very good way to learn. So why not learn and try to do it the way he did it?"

For her San Antonio show, she'll be mixing originals, Johnson tunes, and those of Son House, whom Johnson himself idolized. And to play all that in San Antonio is a special treat for her. "To play Robert Johnson's music in this town is very, very meaningful to me," she said. "Every historic place has energy in it that is made real by the people who were there before. I really love history, and knowing that a person of a great talent was making music in that town is very important to me."