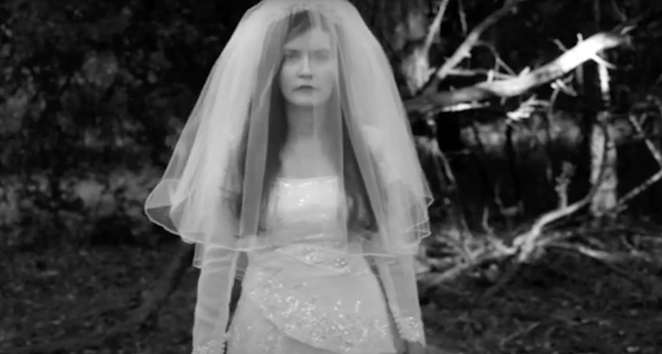 But trust San Antonio's quirky and creative synth-pop duo Hyperbubble to somehow make it work. The band dropped a video Friday for its cover of the 19th century murder ballad "Banks of the Ohio," and it drips with eerie vibes.

Instead of the upbeat approach that typically figures into its music, Hyperbubble lets the synths lay down a deep drone that puts singer Jessica Barnett DeCuir's mournful vocals and her equally wrenching theremin solo front and center.


The video is the second Hyperbubble has released to promote its forthcoming movie Cowgirls & Synthesizers — a sort-of documentary chronicling the band's trek to Nashville to record Western Wear, its 2017 synth-country album.

Perhaps adding to the clip's mournful atmosphere is the news that the husband-wife duo is in the midst of leaving the Alamo City for Missouri to be closer to family. Clearly, the bummer part isn't about them being closer to family but departing SA after crafting so much worthwhile music here.

Get our top picks for the best (online!) events in San Antonio every Thursday morning. Sign up for our Events Newsletter.