The festival at Sunken Garden Theater will feature the Josh Abbott Band, AB Quintanilla and Finding Friday as headliners. 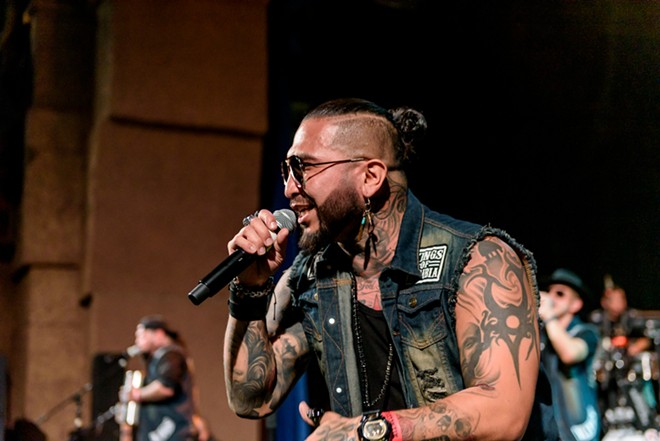 Jaime Monzon
AB Quintanilla & Kumbia All Starz (pictured above) along with the Josh Abott Band and Finding Friday are expected to headline the festival.
After years of planning, the San Antonio Zoo will hold its first annual Zoofest 2022 music festival at the historic Sunken Garden Theater this October.

The fundraising concert will feature artists from genres including rock, country and Latin music, including the Josh Abbott Band, AB Quintanilla & Kumbia All Starz and Finding Friday expected to headline, according to zoo officials.

"Country, rock, and Latin music have been mainstays of San Antonio's music scene for decades, and we want to provide them all in a single event," said SA Zoo CEO Tim Morrow said in a written statement. "For over 100 years, San Antonians have been visiting San Antonio Zoo, and since 1926 they've been attending shows at Sunken Garden Theater, and now they can do both for a great cause!"

Tickets are on sale at the zoo's website. They start at $40 for general admission, those looking for an upgraded experience can spring for the King of the Jungle VIP Table, which starts at $2,400. That package includes admission for a party of eight and features cocktail service, an invite to a pre-show party and access to VIP bathrooms.

All tickets include entry to the San Antonio Zoo, with a portion of proceeds going to protecting wildlife.