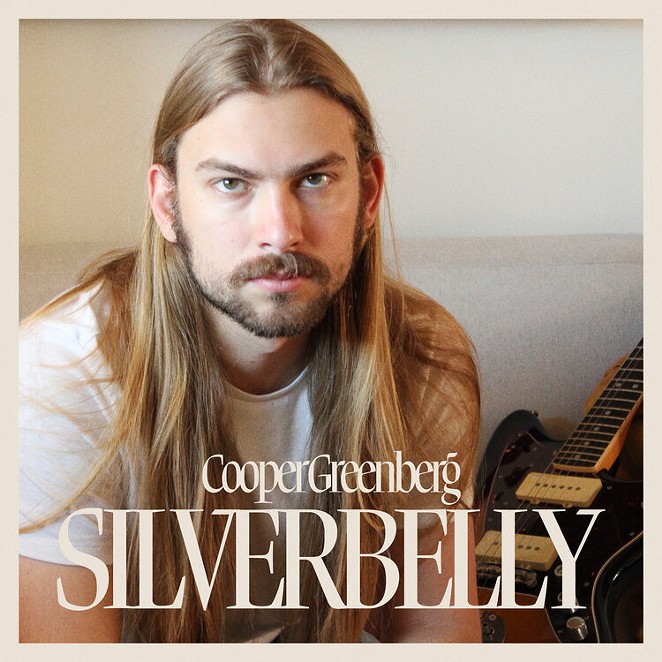 More accurately, Silverbelly, which dropped this summer, is a well-produced, confident indie-rock LP with a dominant strain of country DNA, and the whole package is accompanied and enhanced by Greenberg’s solid guitar playing.

Not sure 'bout that “not strictly country” take? Consider Greenberg's song “More Of The Same,” which boasts an early '70s Grateful Dead Sunshine Daydream vibe with guitar licks that sound crossbred from the Allman Brothers family tree.

That said, Greenberg voice and firm placement in the singer-songwriter camp does lend a certain C&W inflection, which he employs right out of the gate on the warm and comforting “Kickers and Heads.” One of the artist's major strengths is his vocal quality, something that feels like a "hello" from a long-lost friend you’ve never met. That familiar aspect of his voice is also well-utilized on the title track.

“Salted Plum” leans into the psychedelic, sun-baked vibe, with vocal phrasing that wouldn’t sound out of place on an early My Morning Jacket recording. “Plum” demonstrates another key Greenberg strength: unusual note and chord choices, similarly present on “Desert Sweethearts.” The best touchpoint for that sound may be Jonathan Wilson’s underrated, accurately titled 2020 release Dixie Blur.

Things wrap up on Silverbelly with its weirdest tune, “Sind Sie bereit? Fangen wir an!” According to Google translate, that's German for “Are you ready? Let’s get started!” — an amusing title for a well-placed closing track with an outro reminiscent of Dinosaur Jr’s mid-career, steamrolling wall of melodic noise. If you think this burbling, gently menacing bit of psychedelia would appear on a straight-up country album, you’re delusional. Strong album closers hint at what’s to come from the artist — much like a movie trailer — so this could be a taste of Greenberg’s future.

If there’s a downside to the new release, it’s that some material veers close to the dreaded “adult alternative” sound. That may turn off some listeners in search of an indie-rock album full of sharper teeth.

The overall effect of Silverbelly isn't that different from a latter-day John Mayer album: strong songwriting with killer guitar licks, even if the playing isn’t expansive, jamband-style fret wizardry. The term “compact” comes to mind.

In Mayer's case, he saves that kind of fire for his onstage role as a hired gun with Dead And Co. Listening to Silverbelly, one wonders whether Greenberg does the same thing.

Greenberg gigs regularly in Alamo Town, so there's a way to find out.