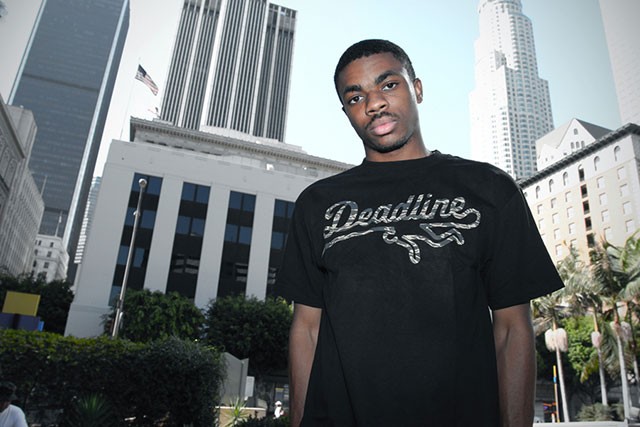 Each year, March brings the sweet smell of spring. And this year, she’s bringing heavy doses of hot hip-hop happenings, too. Here are some of the highlights of a packed month.

DMX didn’t end up fighting George Zimmerman, but he’s coming to Backstage Live Saturday, March 8. Everyone’s favorite barking and growling emcee has seen better days. He’s only released two albums in the past 10 years and he has yet to match the fierce passion and skillful descriptiveness of his best work in the late 1990s. Nonetheless, dude’s still got the same skills that made him such a big deal in the first place. So come on out and show some love for what was and what still could be—I’m sure he’ll play “Party Up (Up in Here)” for you. $26, 7pm, Backstage Live, 1305 E Houston, (210) 229-1988, backstagelivesa.com.

Top Dawg ScHoolboy Q brings new album and Vince Staples to The White Rabbit. Buzzworthy rapper and Kendrick Lamar crony ScHoolboy Q won’t wow anyone with the freshness of his message, but he is certainly adept at flowing over a beat and expressing the relationship between boredom and self-destructive tendencies. His third LP Oxymoron, which came out February 25, gives us more or less the same routine as 2012’s solid Habits and Contradictions, but that’s far from a bad thing. For this show on Friday, March 21, Schoolboy Q will be joined by 20-year-old Cali rapper and Odd Future associate Vince Staples, who dropped the sick, but overlooked, Stolen Youth mixtape last summer. For my dough, Staples is even more of a draw than Schoolboy Q and if you listen again to his “motherfuckers take notice” verse on Earl Sweatshirt’s “Hive,” I bet you’ll feel the same. Either way, it’s a promising show. $26, 8pm, The White Rabbit, 2410 N St Mary’s, (210) 737-2221, ticketfly.com.

The Cypher Effect road trips to The Paint Yard. The truest essence of hip-hop culture is embodied by four characters; the DJ, the Emcee, the B-Boy and the Graffiti Artist. These are the aspects that will be on display Saturday, March 8 as LA-based underground hip-hop network The Cypher Effect brings their national road trip to our neck of the woods. Local and national acts will perform in each of the four categories and the performances will be recorded by JDS films. Free, 5pm-11pm, The Paint Yard, 525 San Pedro, (210) 229-1707.

No Sleep til Saytown: DFW-area group Rhymin N Stealin serves up Beastie nostalgia at Fitzgerald’s. If you’re bummed that Adam Yauch’s passing has made it impossible to ever see the Beastie Boys live again, tribute trio Rhymin N Stealin is here to help. Catch their best Beastie impersonation in person Friday, March 28 and be sure to rock your 1980s shades and snapbacks. $10-$20, 8pm, Fitzgerald’s Bar, 437 McCarty Ste 101, (210) 629-5141.

Get schooled in Hip-hop 101 Mondays at Limelight. A San Anto staple since before Pedicab Bar burned down (R.I.P.), Hip-hop 101 is a weekly opportunity for serious heads to murder the Monday malaise with all things hip-hop. So what exactly is Hip-hop 101? Founder and promoter Kevin Alexander sheds some light, stating that “Hip-hop 101 is a place for people who truly love and appreciate hip-hop music. [The shows feature] beats and rhymes, with underground or indie artists, graffiti, breakdancing, turntablism and traditional emceeing. Any artist can perform, especially local artists.” It sounds like we’ve all got a permanent Monday night date. Free, 8pm, Limelight, 2718 N St. Mary’s, (210) 735-7775.

Don’t forget to holla at me ([email protected]) with info about all things hip-hop for April.