Shows to See This Week

As a messy-in-a-punk-sorta-way garage rocker, Mark Sultan, also known as BBQ, warrants a "get it all over ya" warning. Instead of getting sticky Sweet Baby Ray's fingers, the aural feast is an all you can eat buffet of a Canadian born one-man band playing the rowdiest, '60s inspired/punk perfected rock 'n'roll. With The Bolos, Topo Chica. $5, 9pm, Hi-Tones, 621 E. Dewey Pl., (210) 785-8777

Nihilism can be a depressing way of life, but, damn, it's inspired some beautiful music. Although Austin's residential hardcore sludge punks Wite Wash aren't exactly breathtaking in composition, there's a concert picture of the singer stapling a cactus to his face. And if that's not inspiring, you must have one cold heart. With Dirt Lip, Death Cult, Sex Ray Vision. $5, 8pm, The Korova, 107 E Martin St., (210) 226-5070

Even though local indie-punks Langton Drive have been on the scene for a relatively short time, the all-female rockers sneer like Joan Jett with a riot grrrl message. All the songs on their 2013 debut are heavy and fun, short and satisfying, all with a unifying honesty. With Christina Quick, Dirty Genez, Wayne E. Holtz. $2, 9pm, The Phantom Room, 2106 N. St. Mary's St.

In support of their latest album in three years, Stage Four, Touché Amoré are the epitome of low-key emo. The band embodies the original post-hardcore/screamo sound from its inception in the '90s, without the added layer of flash and style, showing that a back-to-basics approach can rejuvenate the emo genre. With Ceremony, Gouge Away. $16, 7pm, Paper Tiger, 2410 N. St Mary's St. 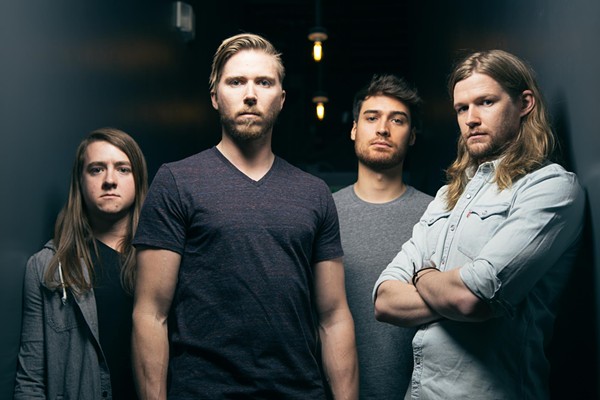 The official Wake Me Facebook page
Wake Me
Wednesday, August 17
Wake Me

Formerly known as No Fair Fights, Colorado's Wake Me's post-hardcore sound is the equivalent to a pair of strategically faded bootcut jeans paired with a white studded belt. There's rough masculinity in the guitar breakdowns with fragile sensitivity in the half-sung/half-screamed choruses. With Call Me King. $5, 9pm, Limelight, 2718 N St Mary's St., (210) 735-7775